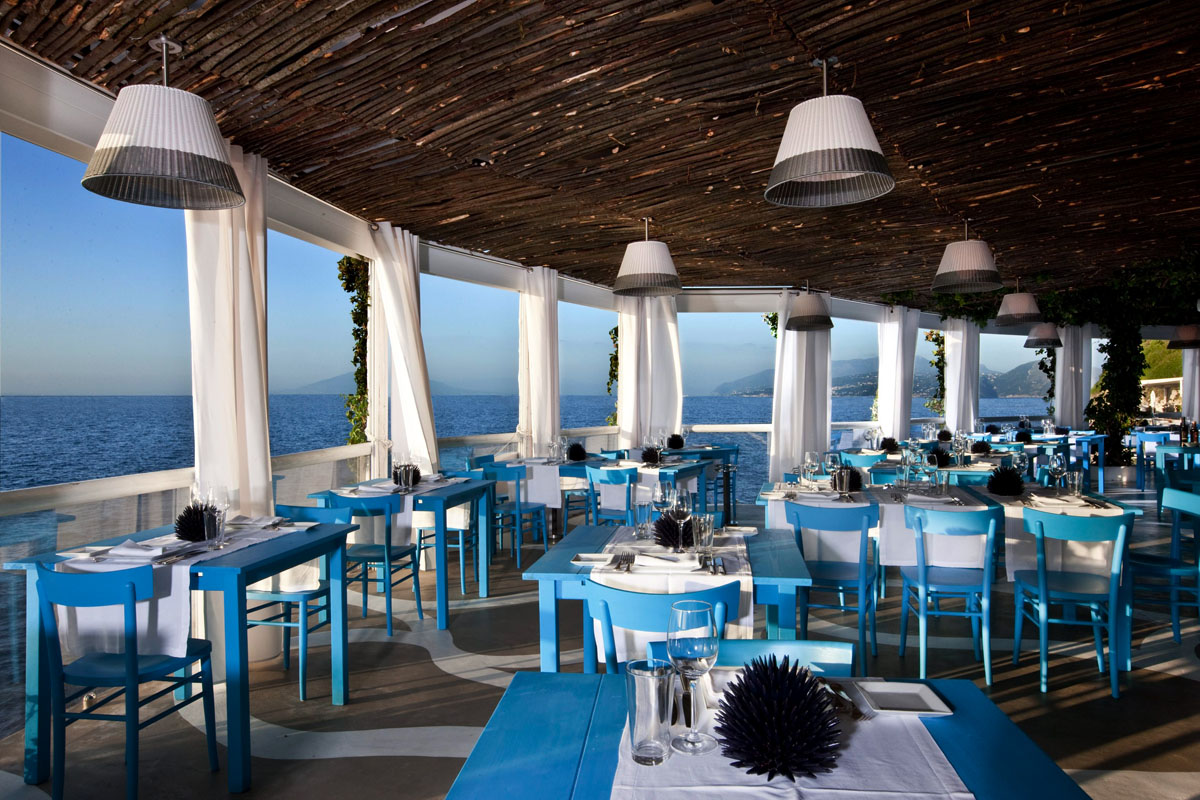 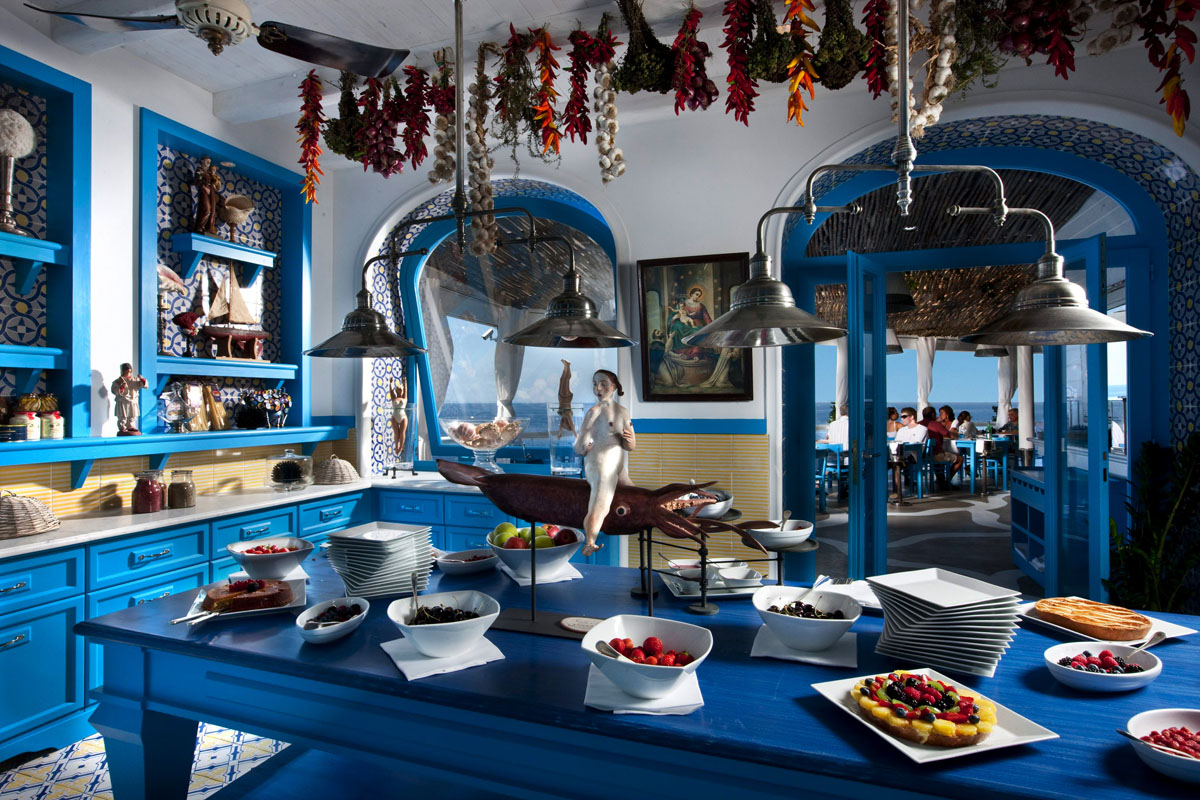 Ristorante “Il Riccio” located on the island of Capri in Italy became part of the Capri Palace Hotel & Spa under new ownership, and a major renovation returned it to a Mediterranean stylish hangout. In the 1960s, it was a popular eatery under the name of Add’o Riccio, which was visited by people like Jackie Kennedy. The new owner wanted a traditional Mediterranean ambience of the 1950s and 1960s. The restaurant interior design by Marco De Luca features a white and blue colour scheme with Mediterranean wood furnishings, and mosaic tiles create an atmosphere emblematic of Capri. 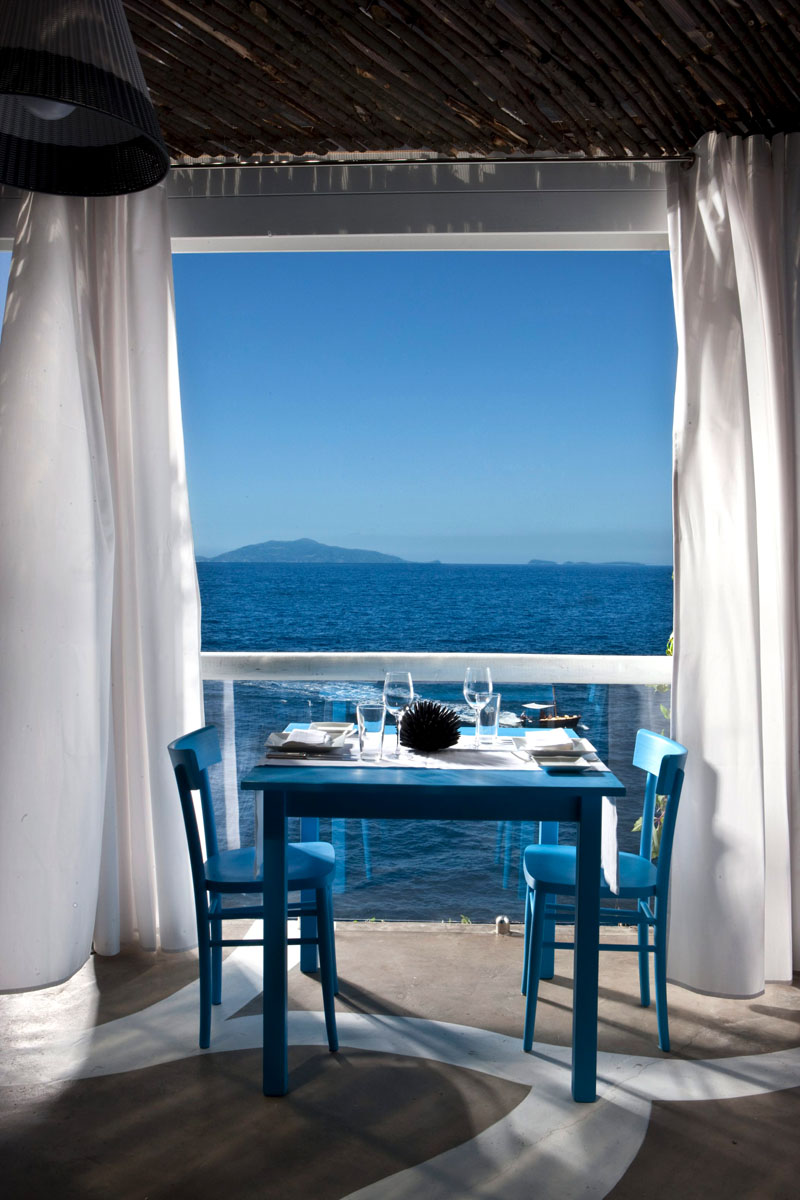 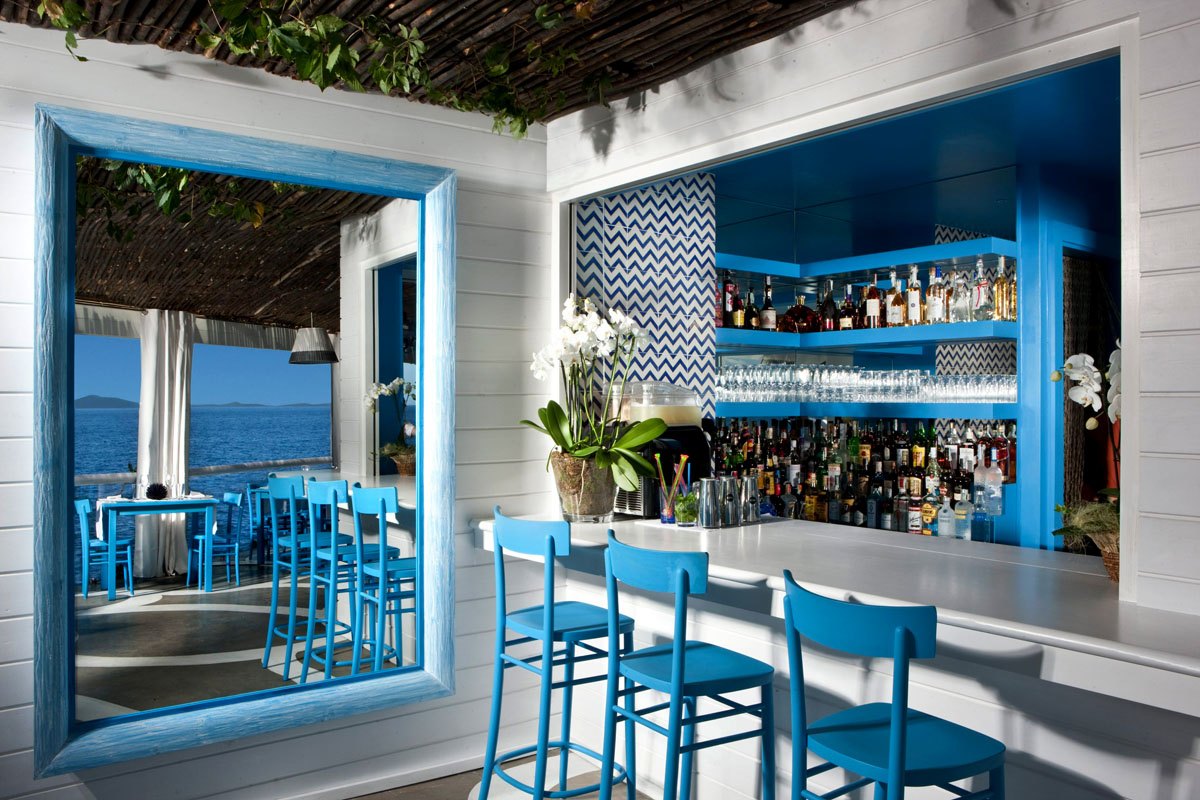 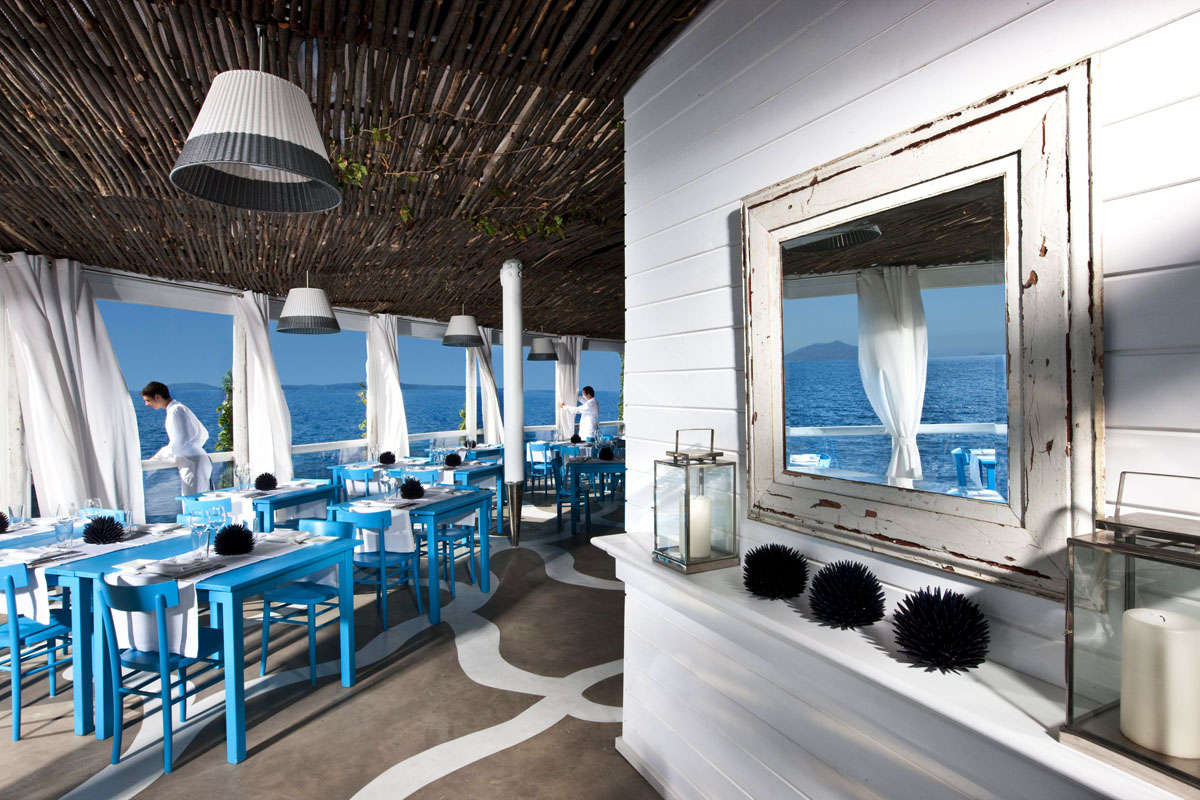 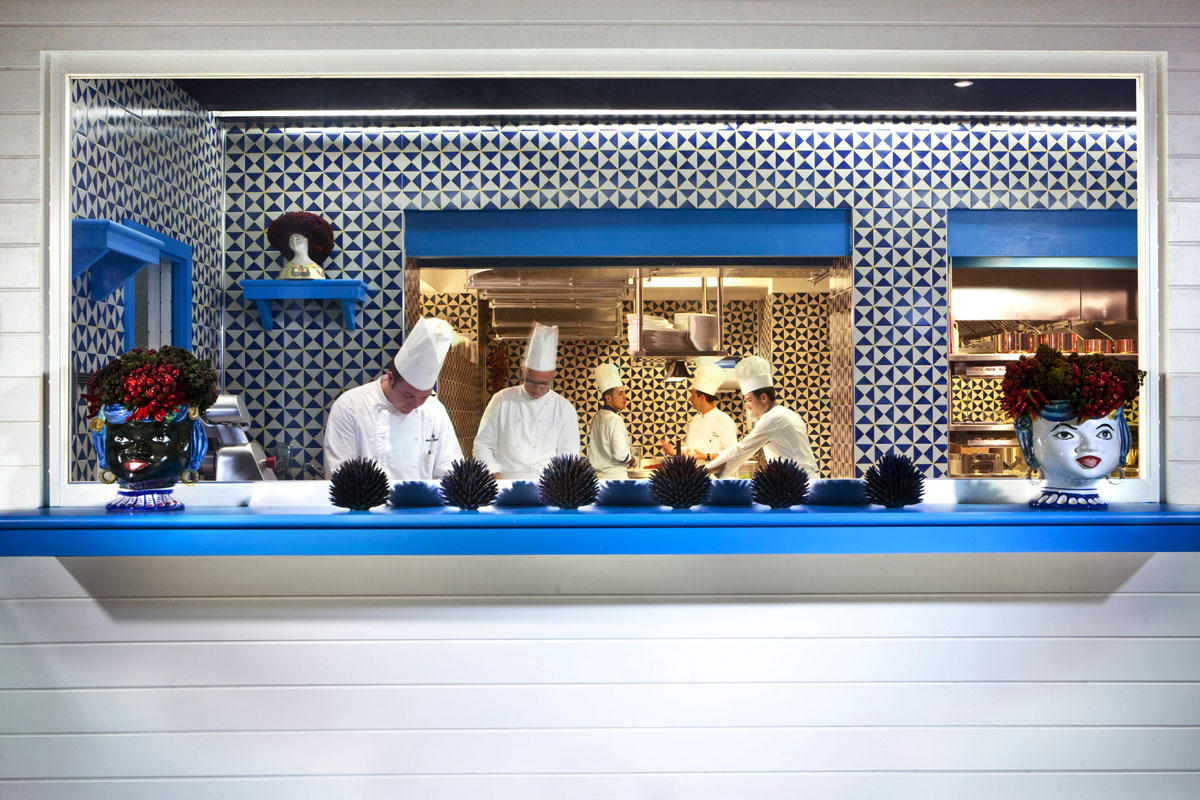 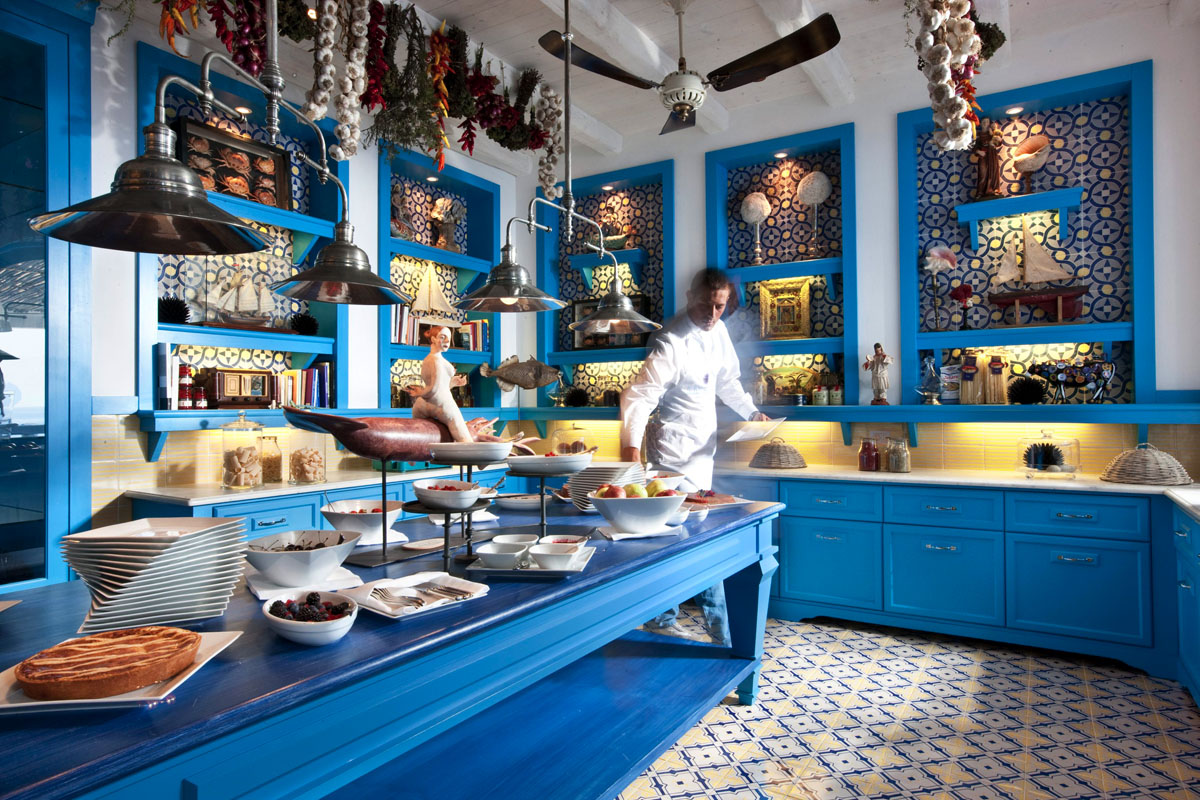 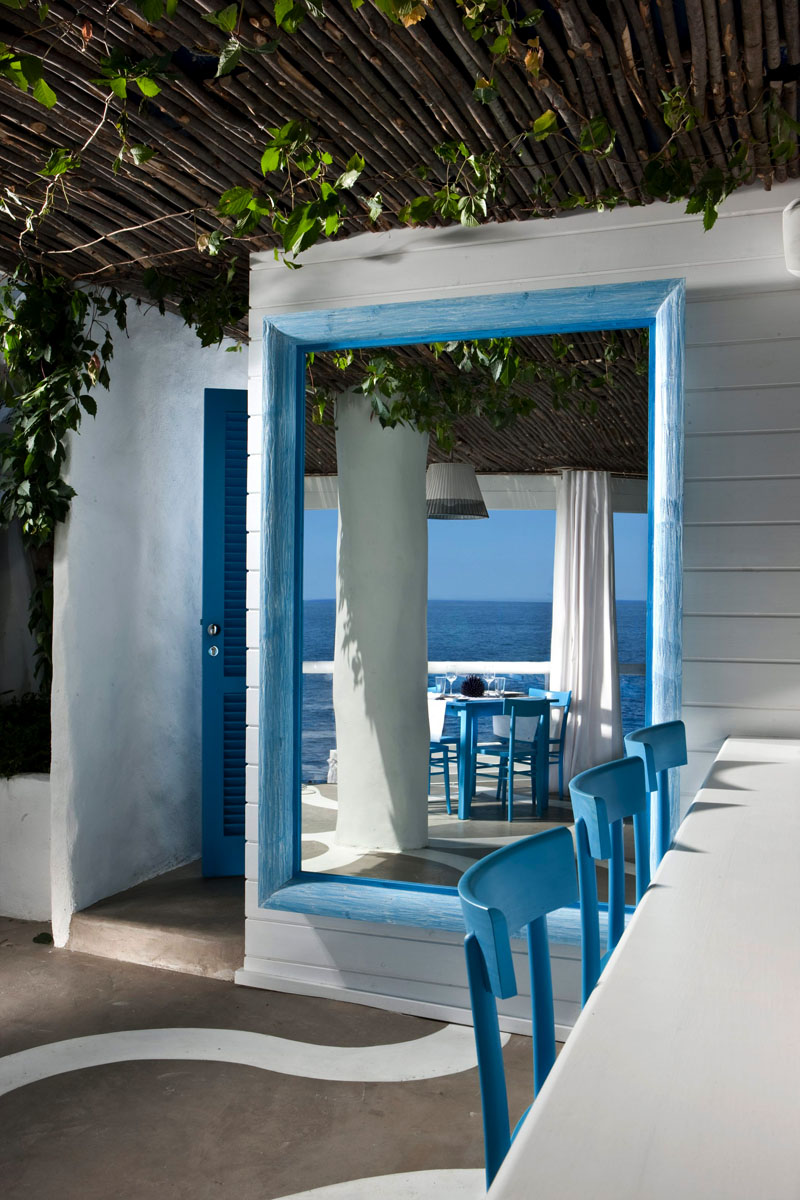 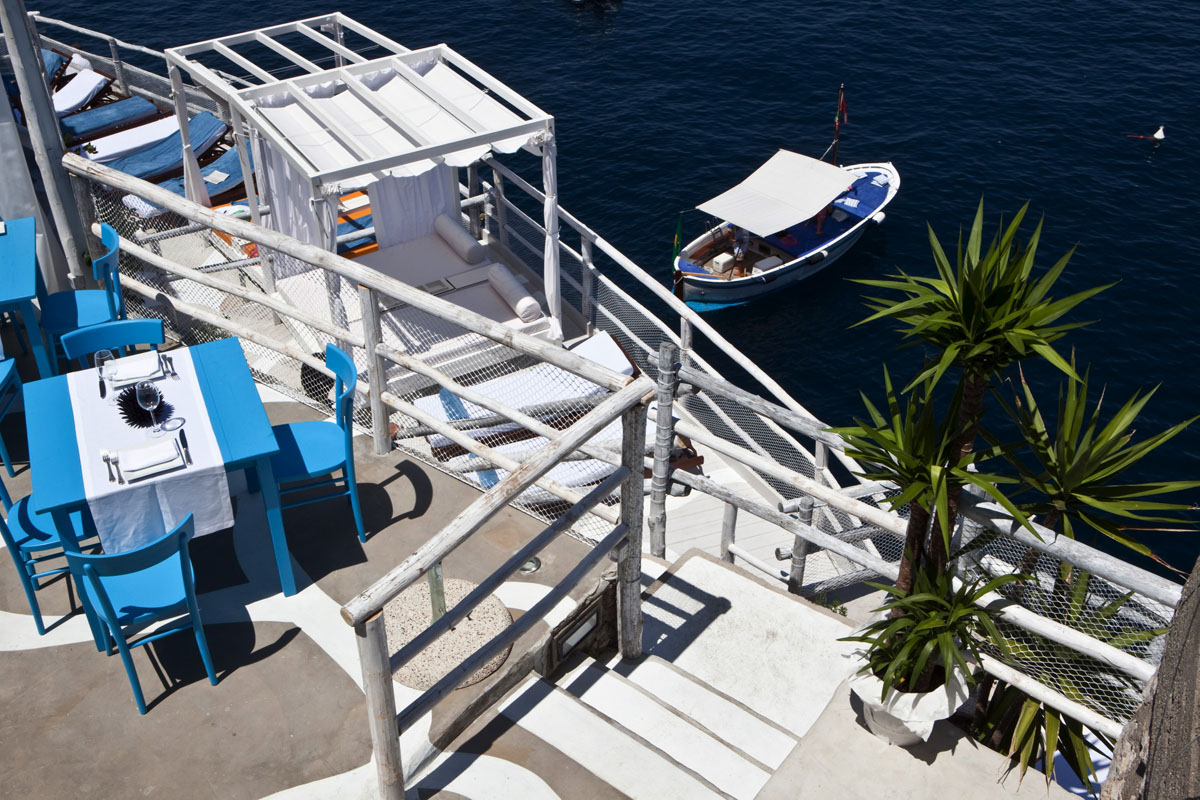 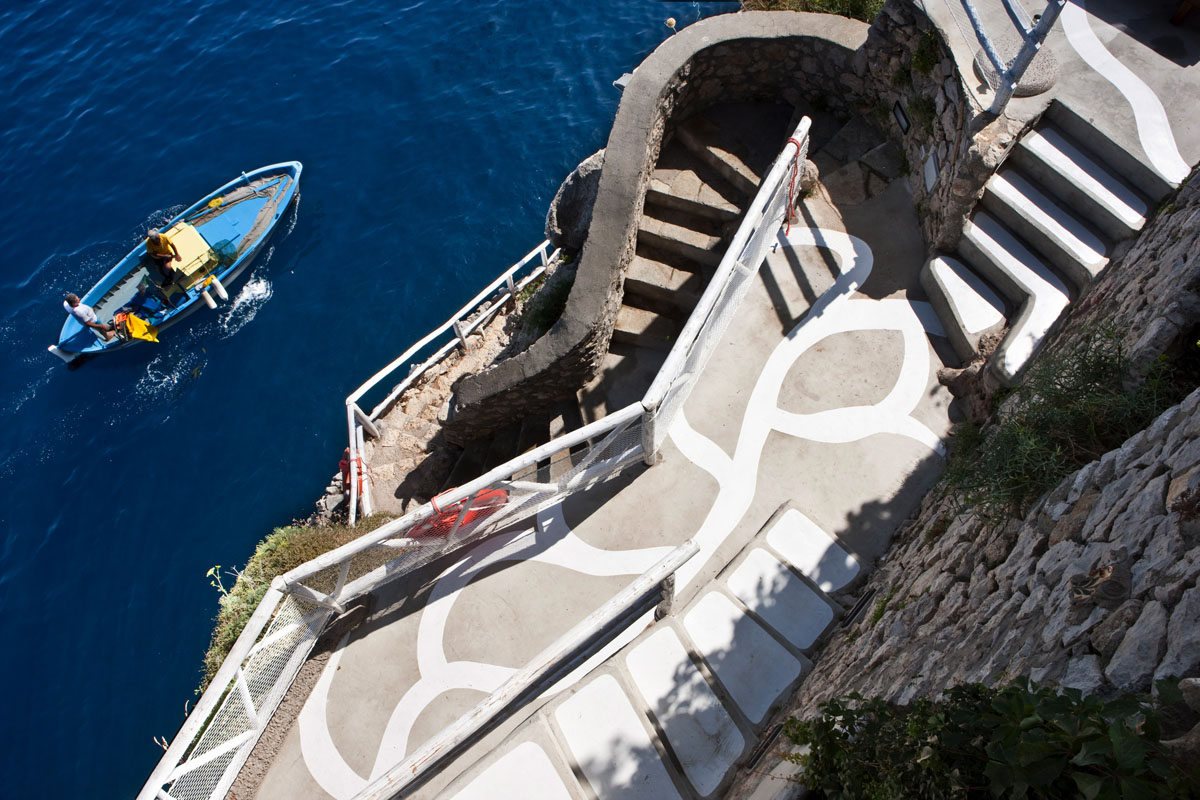 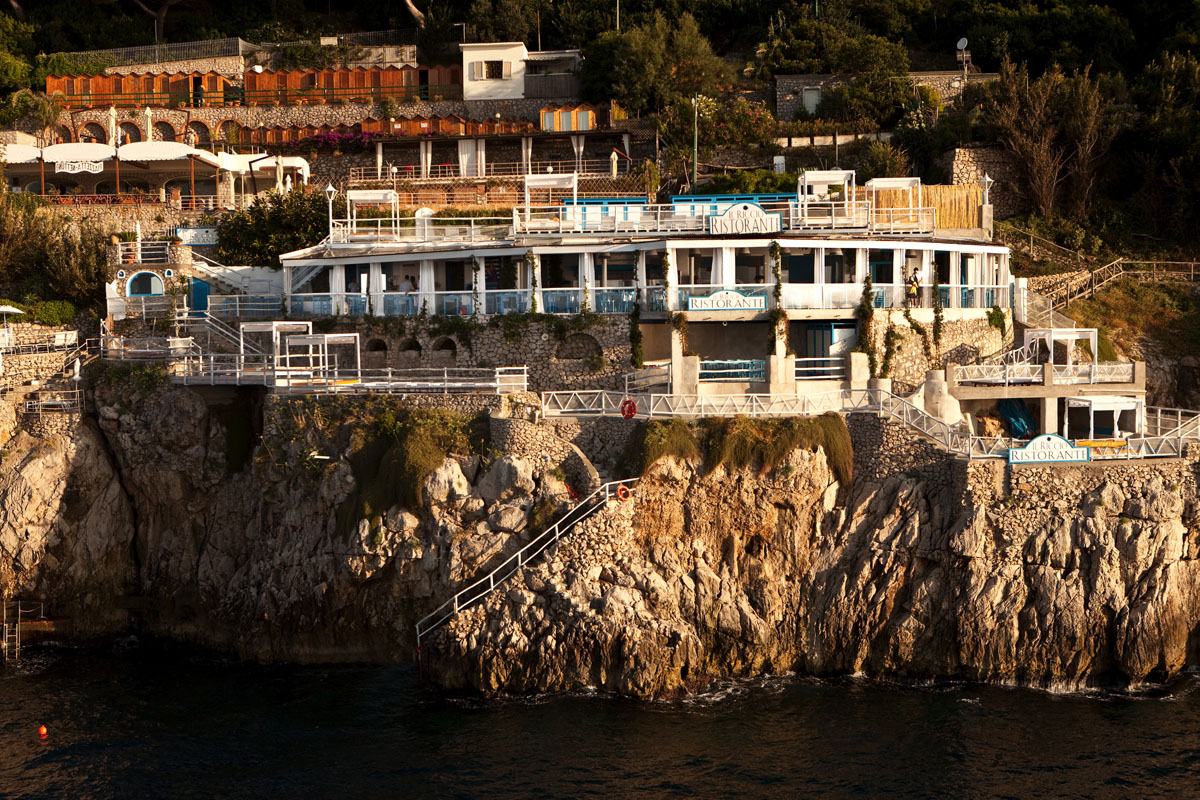 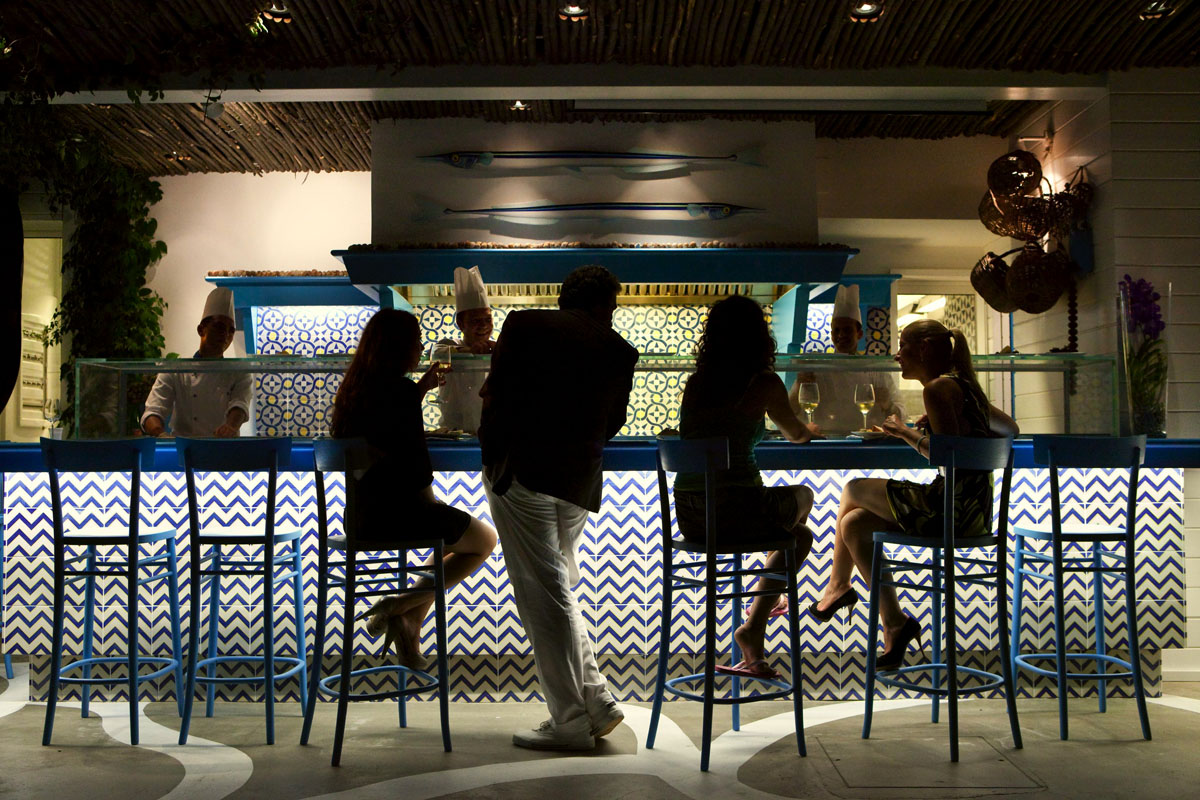 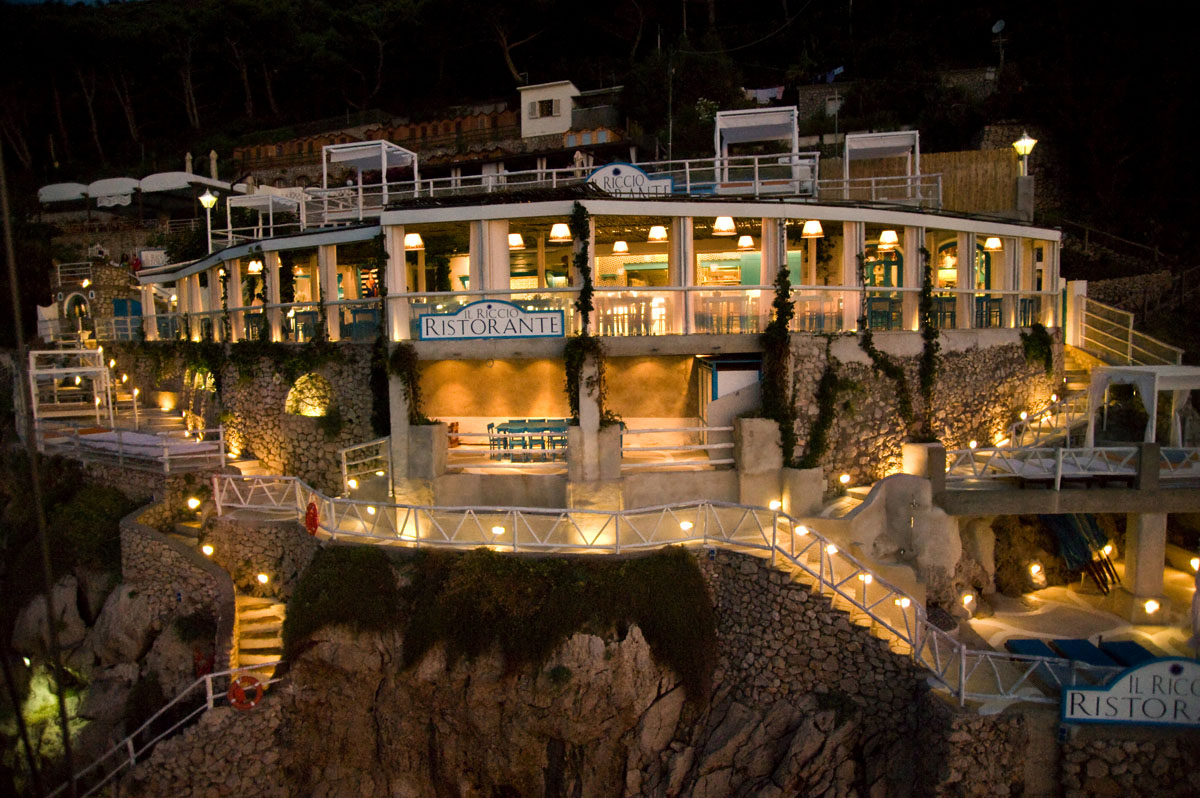 Magical Waterfront Estate Blends in with Nature on Lake Tahoe

Seaside Paradise Above the Harbor in Connecticut