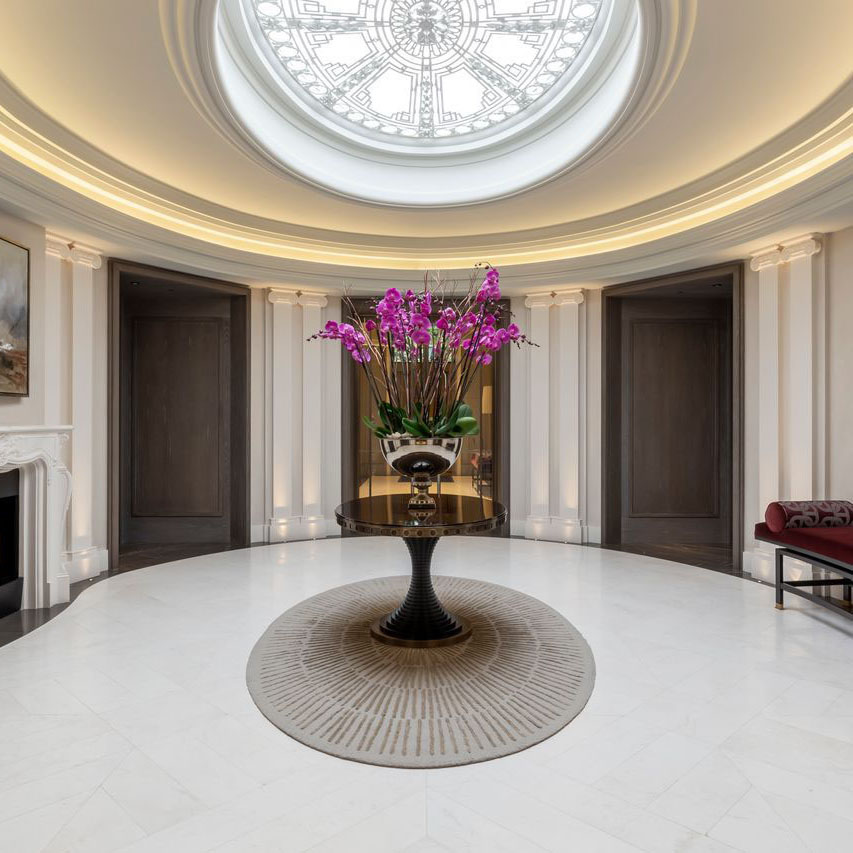 The luxury penthouse apartment located in the historic building with Neo-Georgian Architecture at No.1 Grosvenor Square in upscale Mayfair in London, England, has an “Oval Room” inspired by an Oval Office replica built by the father of President John F. Kennedy in 1938.

The building served as the U.S. embassy from 1938 until 1960. Joseph P. Kennedy built the original imitation of the Oval Office when he was ambassador to the UK. The Canadian High Commission took over the building from 1962 until 2013.

Today, the building has been restored and developed into a luxury condominium property comprises over 40 residences. 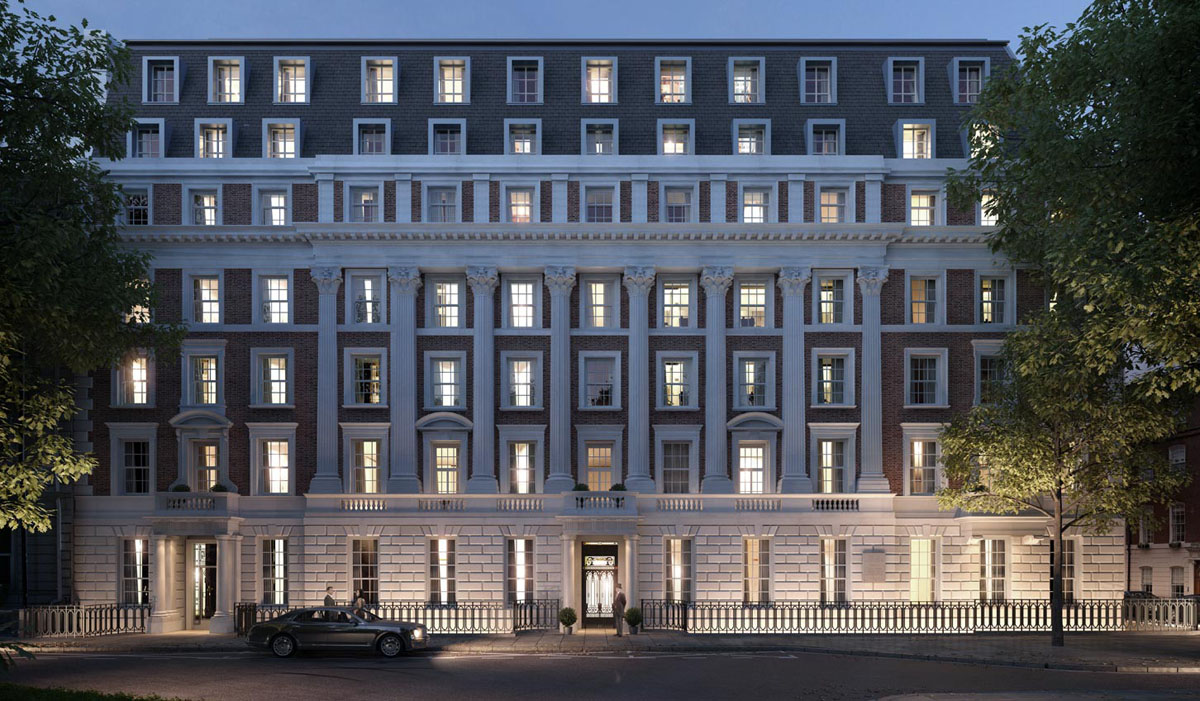 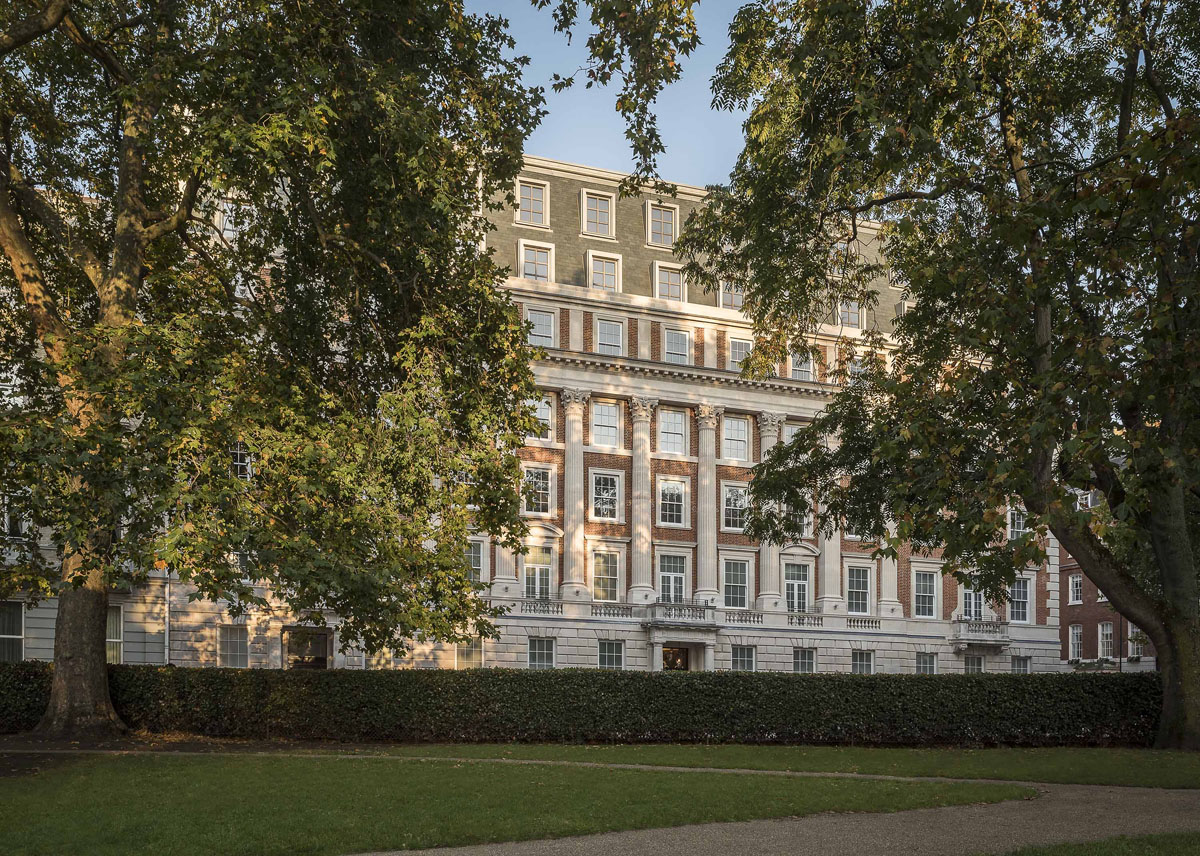 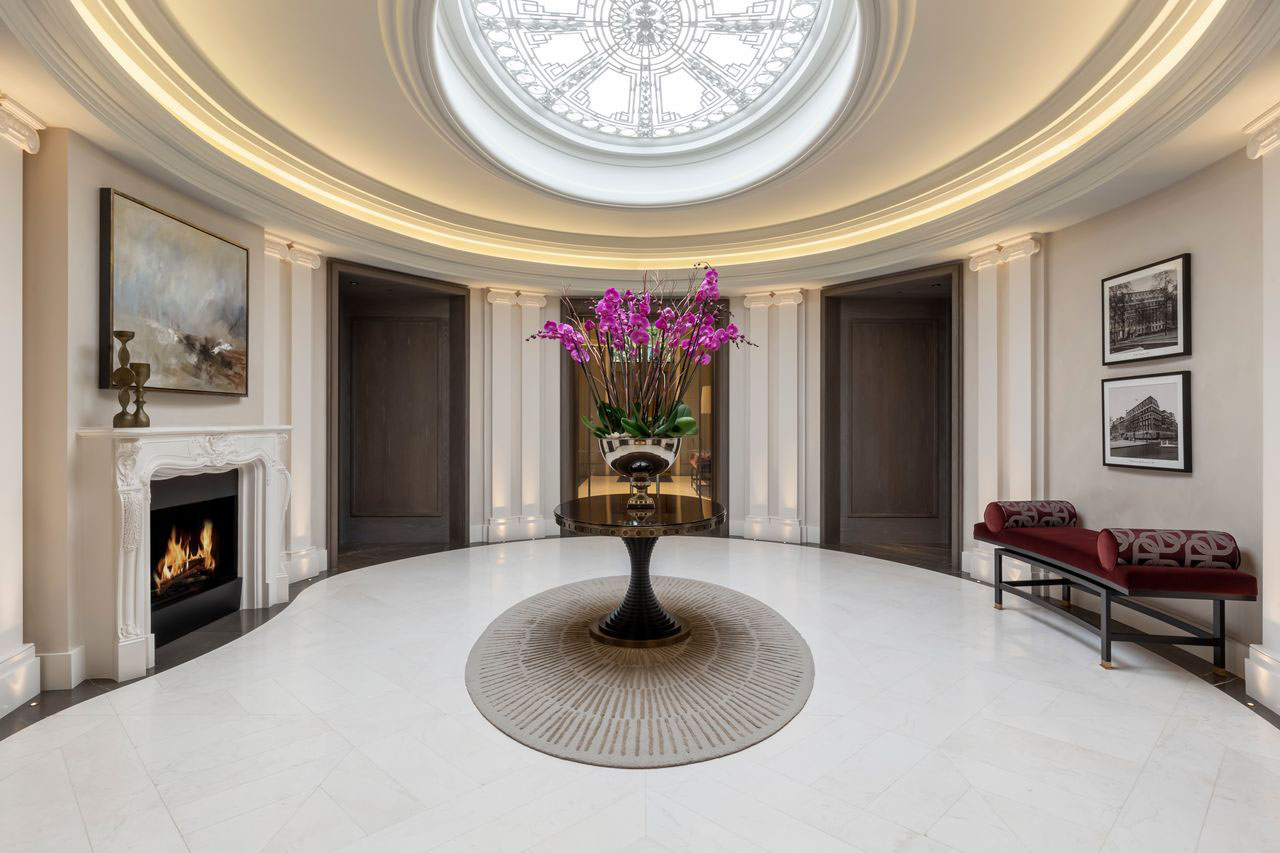