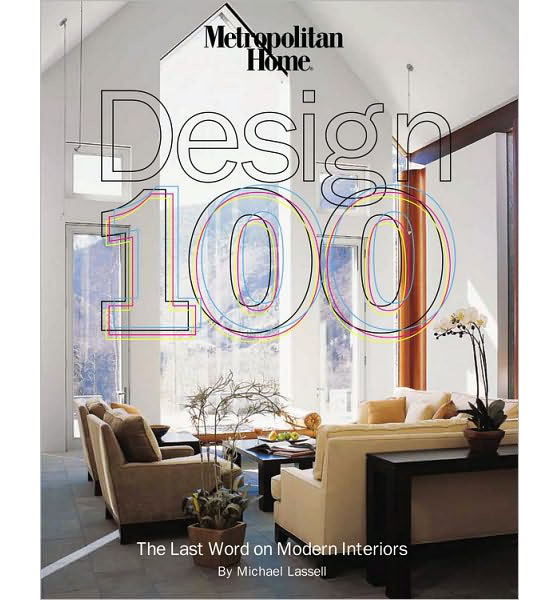 For 20 years Metropolitan Home magazine — devoted exclusively to modernism — published their special annual issue called the Design 100, celebrating the best in residential design and architecture. The magazine ceased publication with its December 2009 issue, but the legacy lives on in this book, authored by Michael Lassell, Features Director of the magazine. Metropolitan Home Design 100 features some of the best homes and best rooms ever to have appeared in the magazine. From photos of Gianni Versace’s Miami beach house to renovated houses by Frank Lloyd Wright, and rooms by designers such as Jonathan Adler and Todd Oldham, the book is a beautiful tribute to modern interior design.

Modern Ranch Style Farmhouse in the Countryside of Santa Ynez