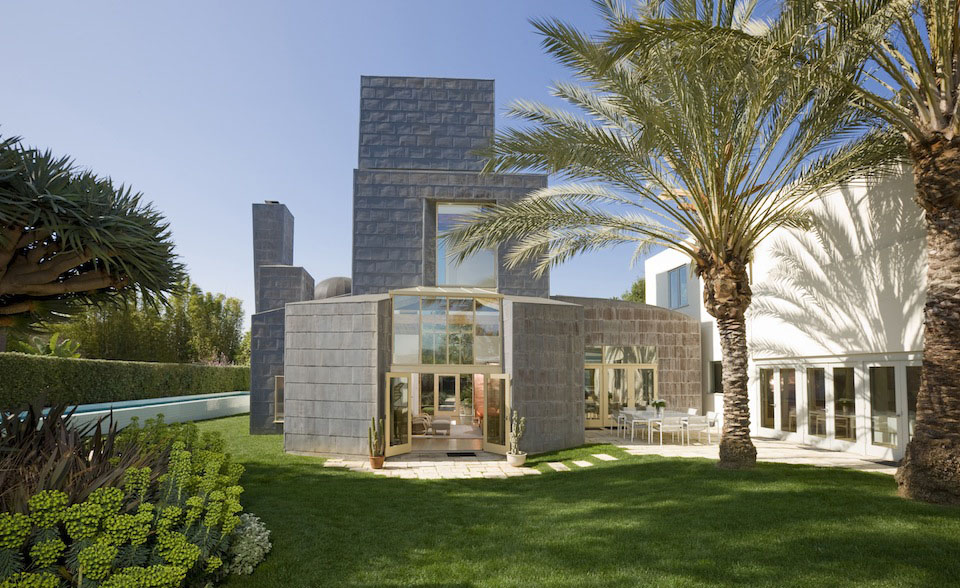 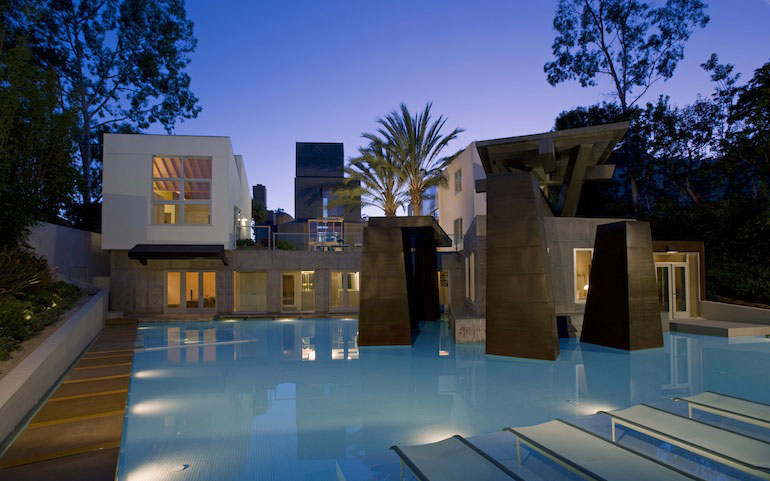 The Schnabel House in Brentwood, California — built in 1989 and designed by world renowned architect Frank Gehry, whose works include the Guggenheim Museum in Bilbao — recently had a major renovation to bring it forward to the 21st century. The new owner wanted to preserve the integrity of Gehry’s original structure and clean lines, but replace old technology with more environmentally friendly and advanced system controlled by iPad. The mission was to take a beautiful piece of art and make it function as a modern home in 2010. The property is actually composed of four buildings which form a “village”, including a domed structure that looks like an observatory tower. 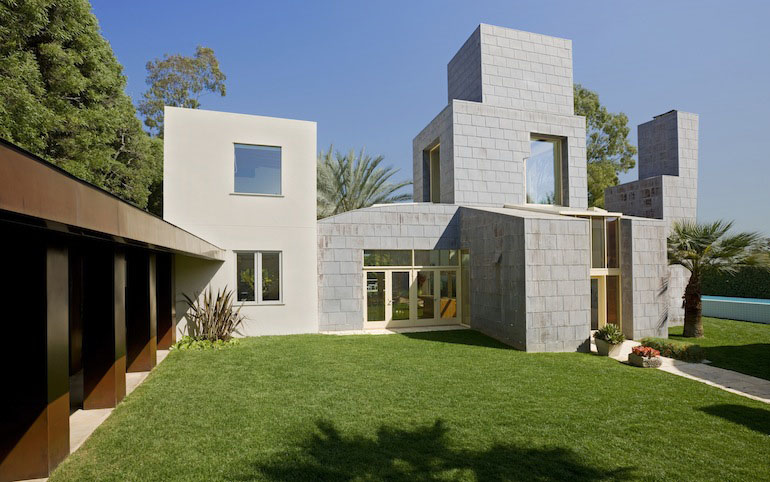 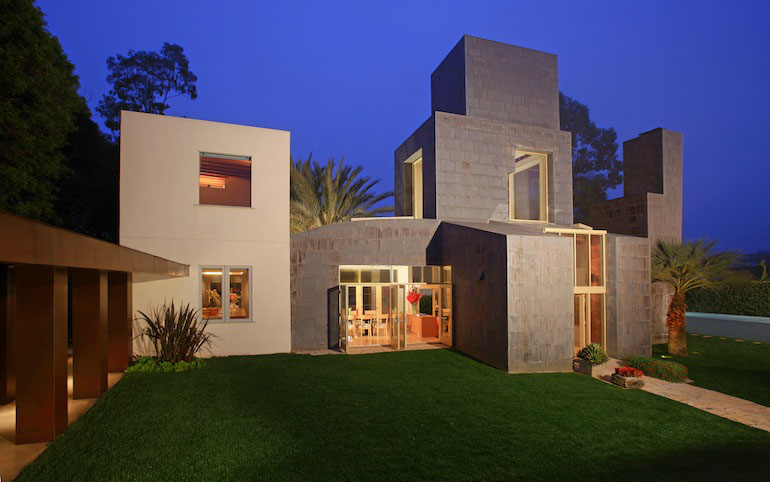 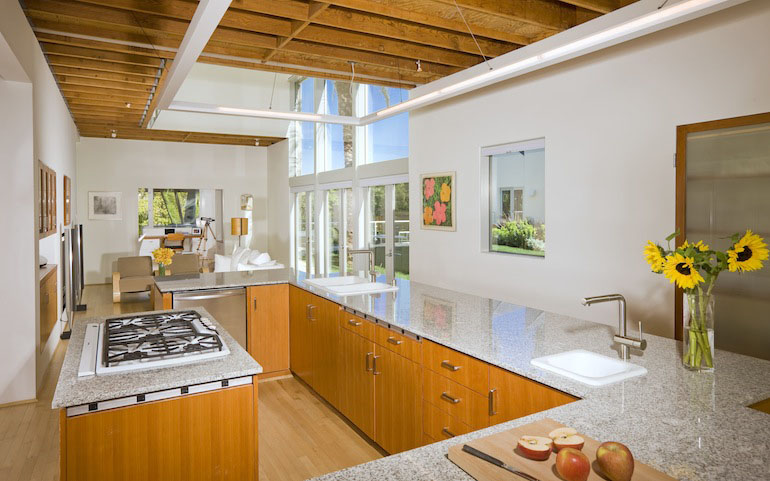 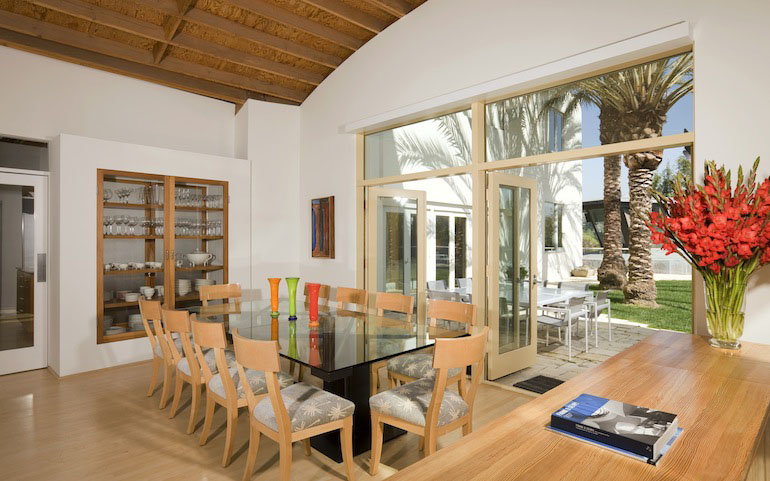 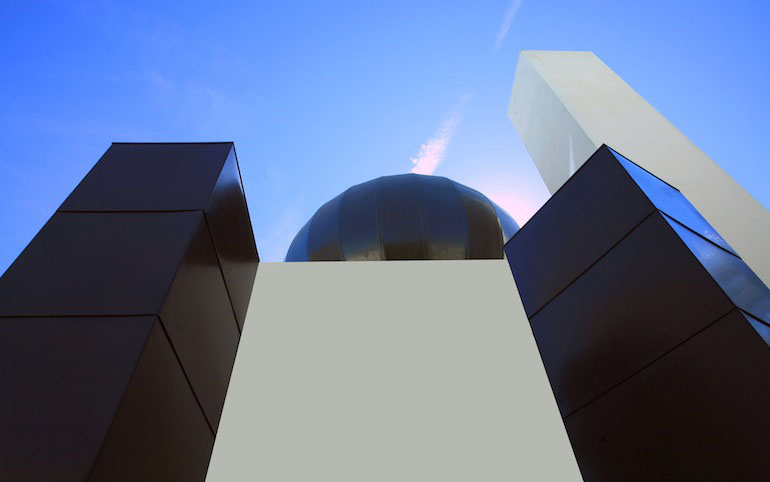 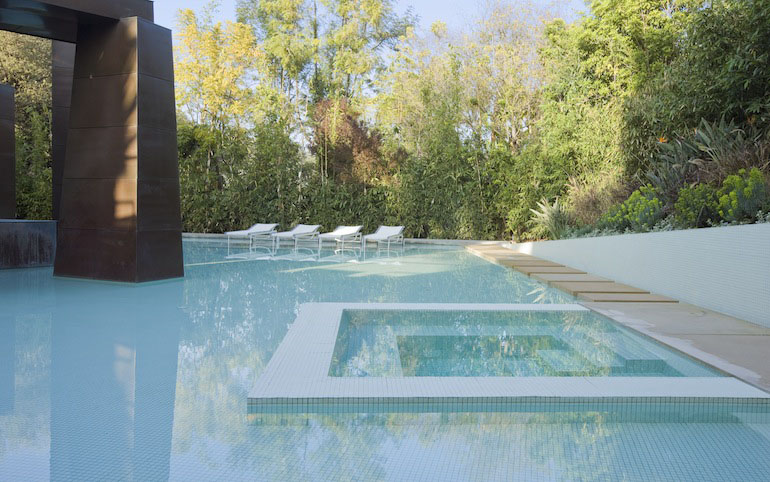 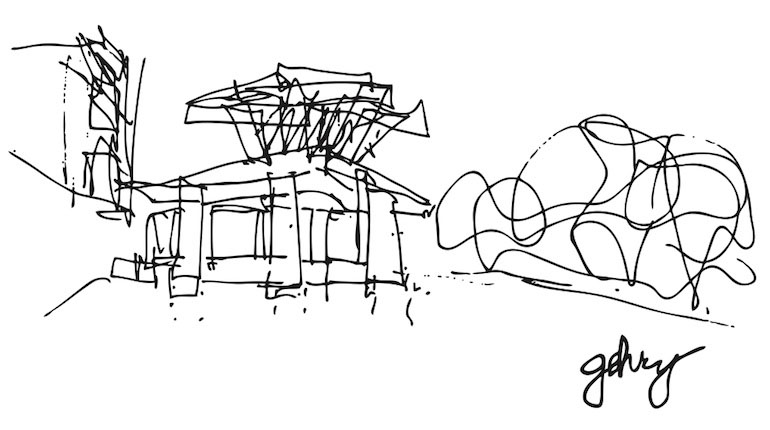