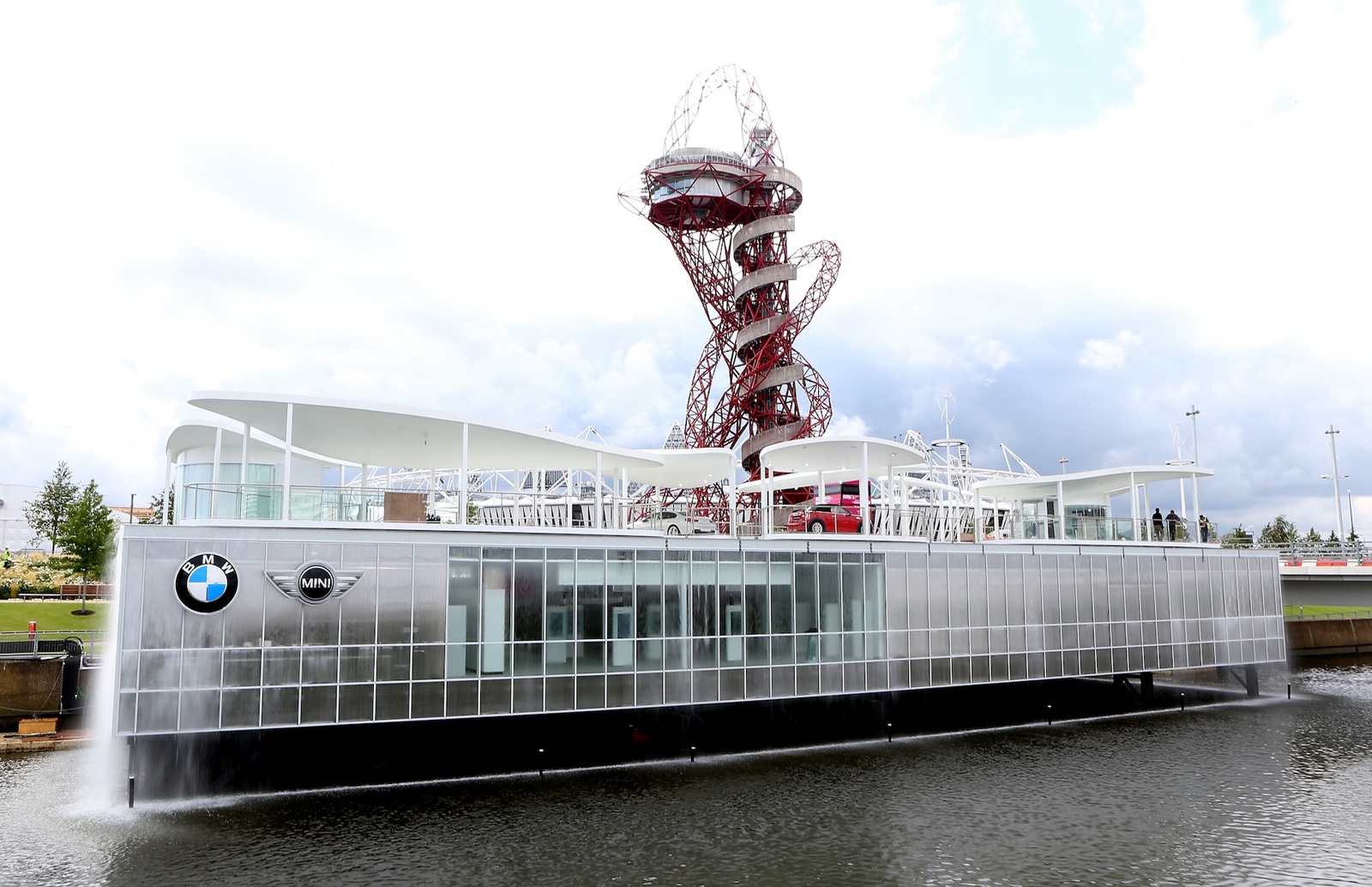 The BMW Olympic Pavilion in London, England floats on the Waterworks River against the Olympic Stadium and Aquatics centre at the Olympic Park. As the Official Automotive Partner to the London 2012 Olympic and Paralympic Games, the Pavilion exhibits the BMW fleet for the Games as well as prototype models for the future. British firm Serie Architects designed the Pavilion which uses water from the river, which is filtered, to cool the building as it flows down the sides of the glass. 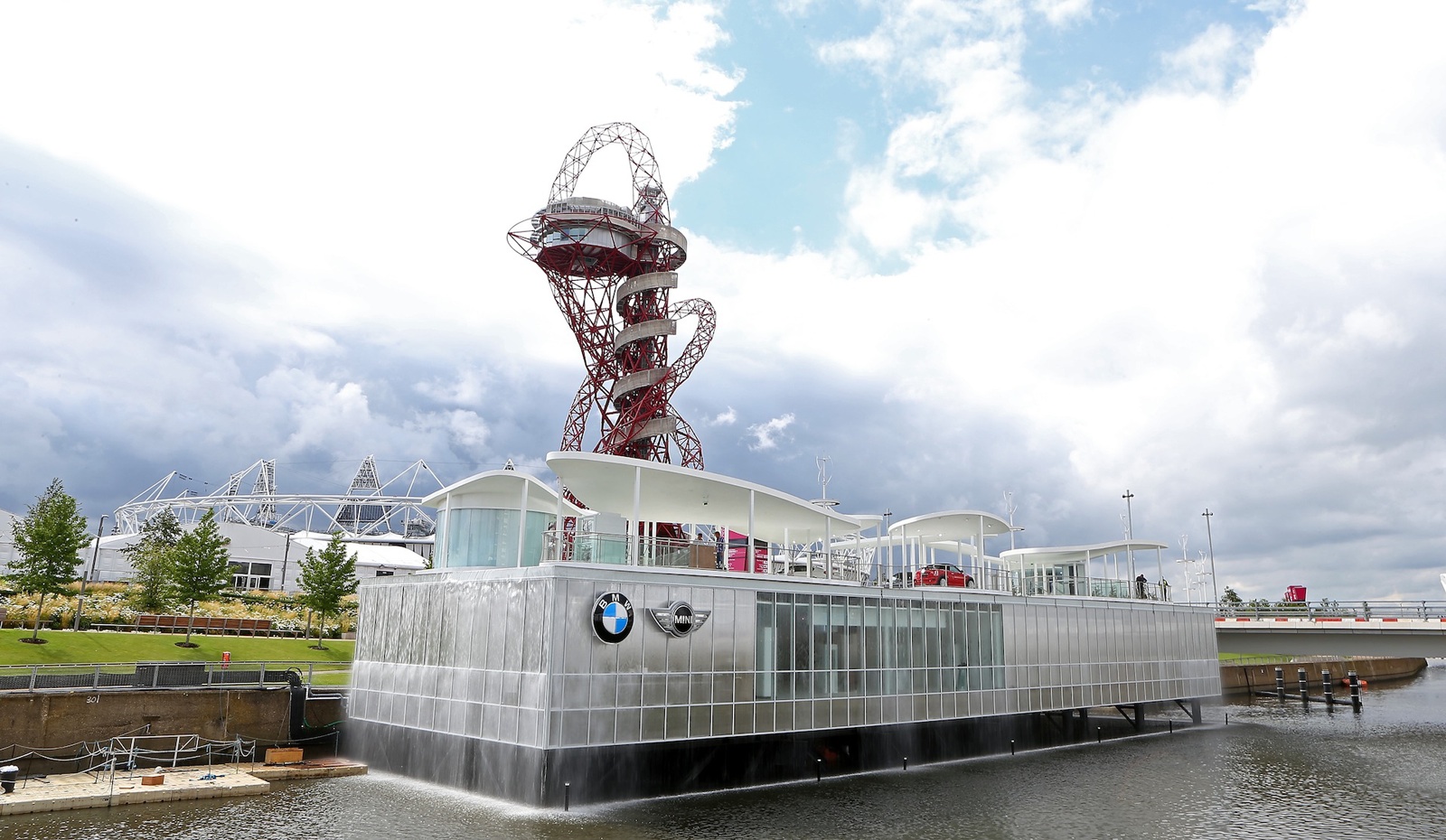 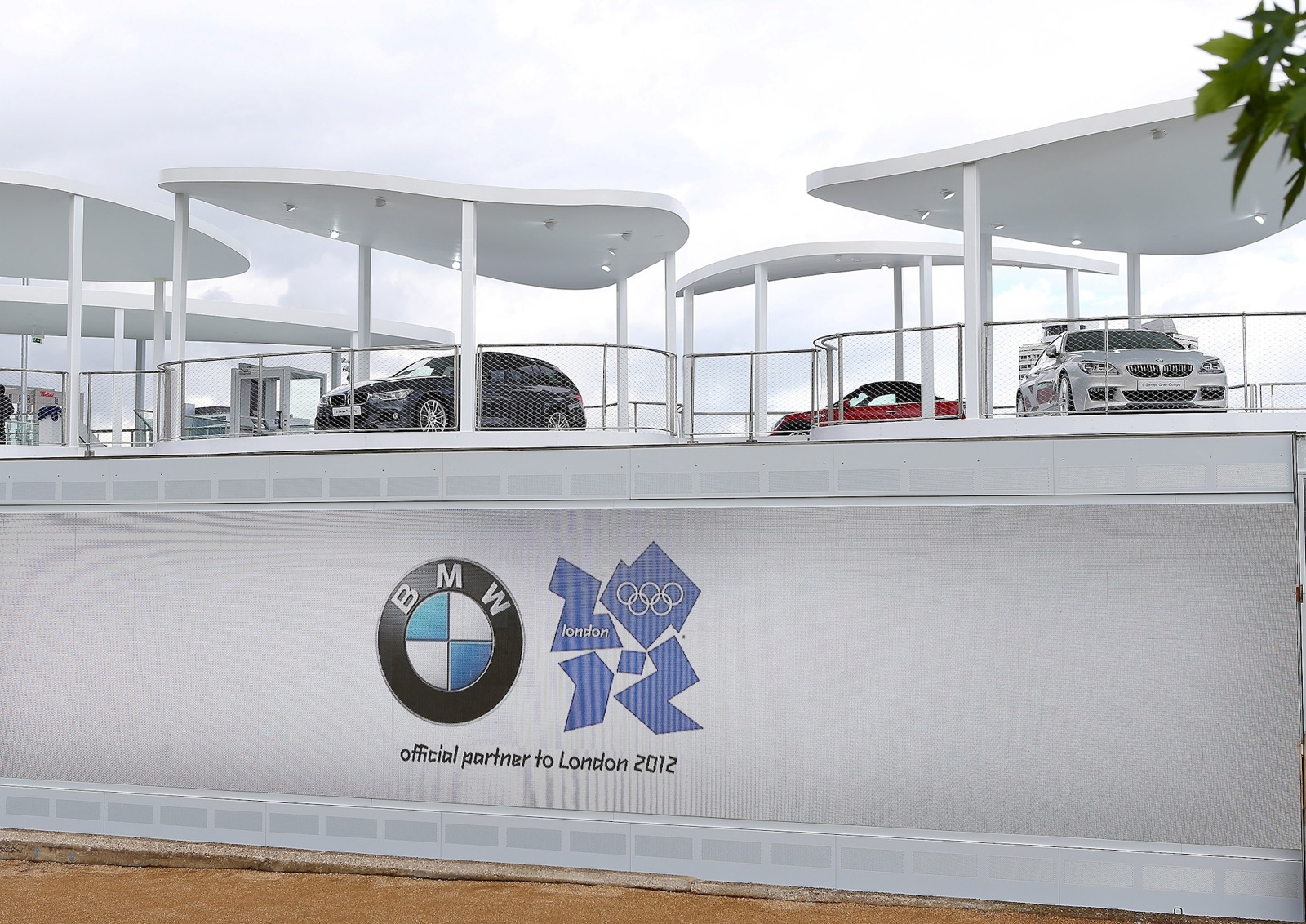 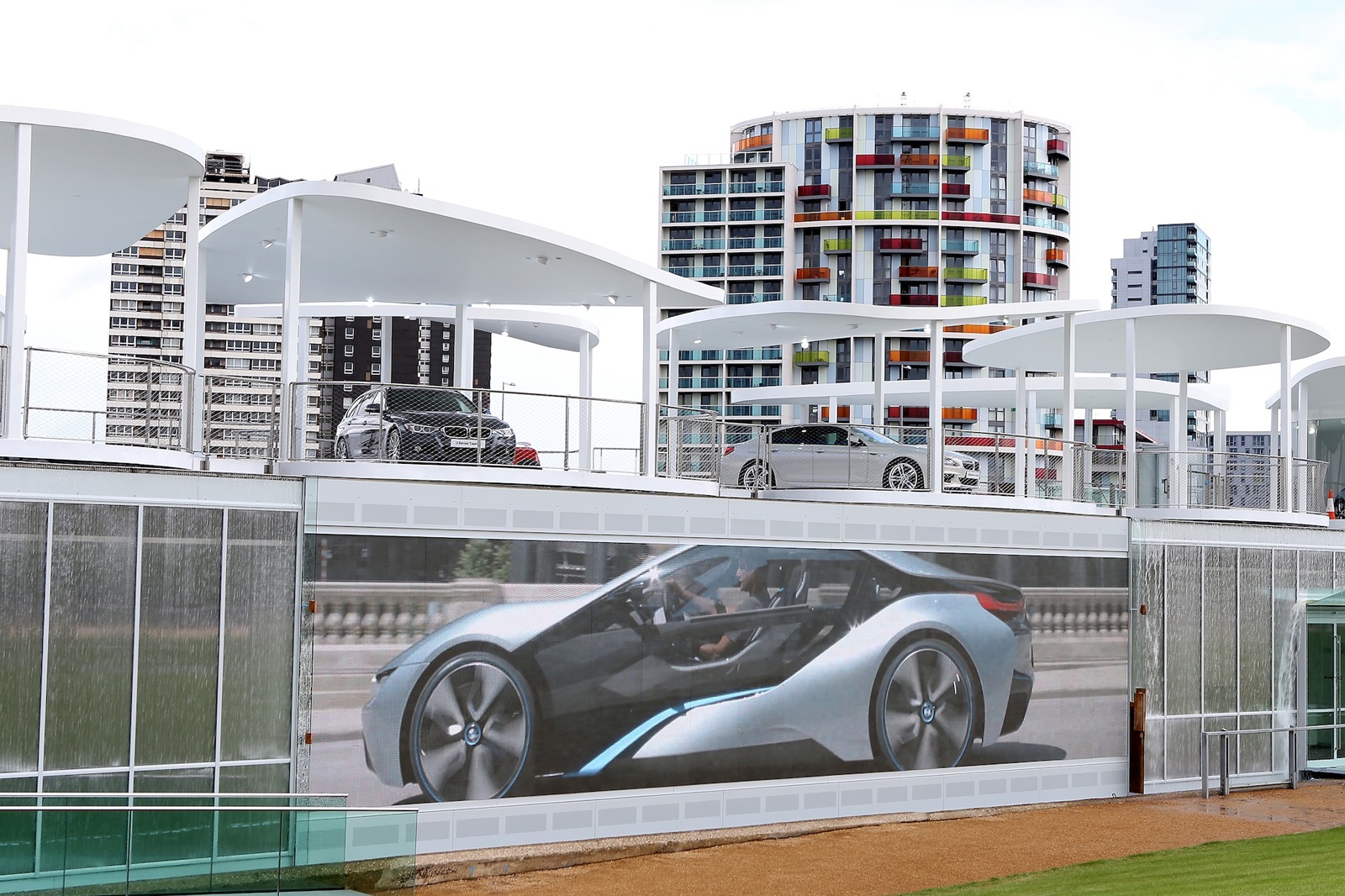 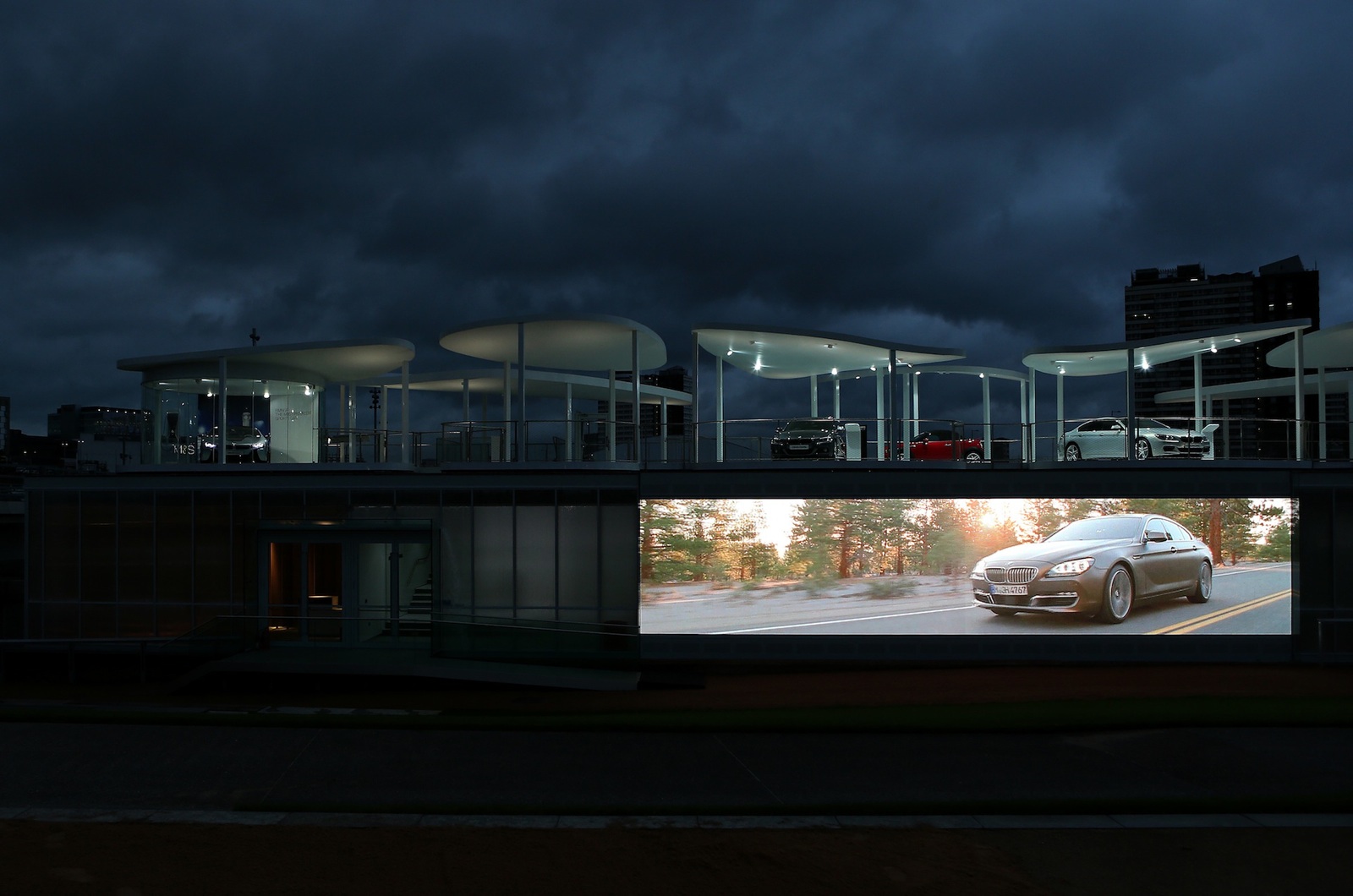 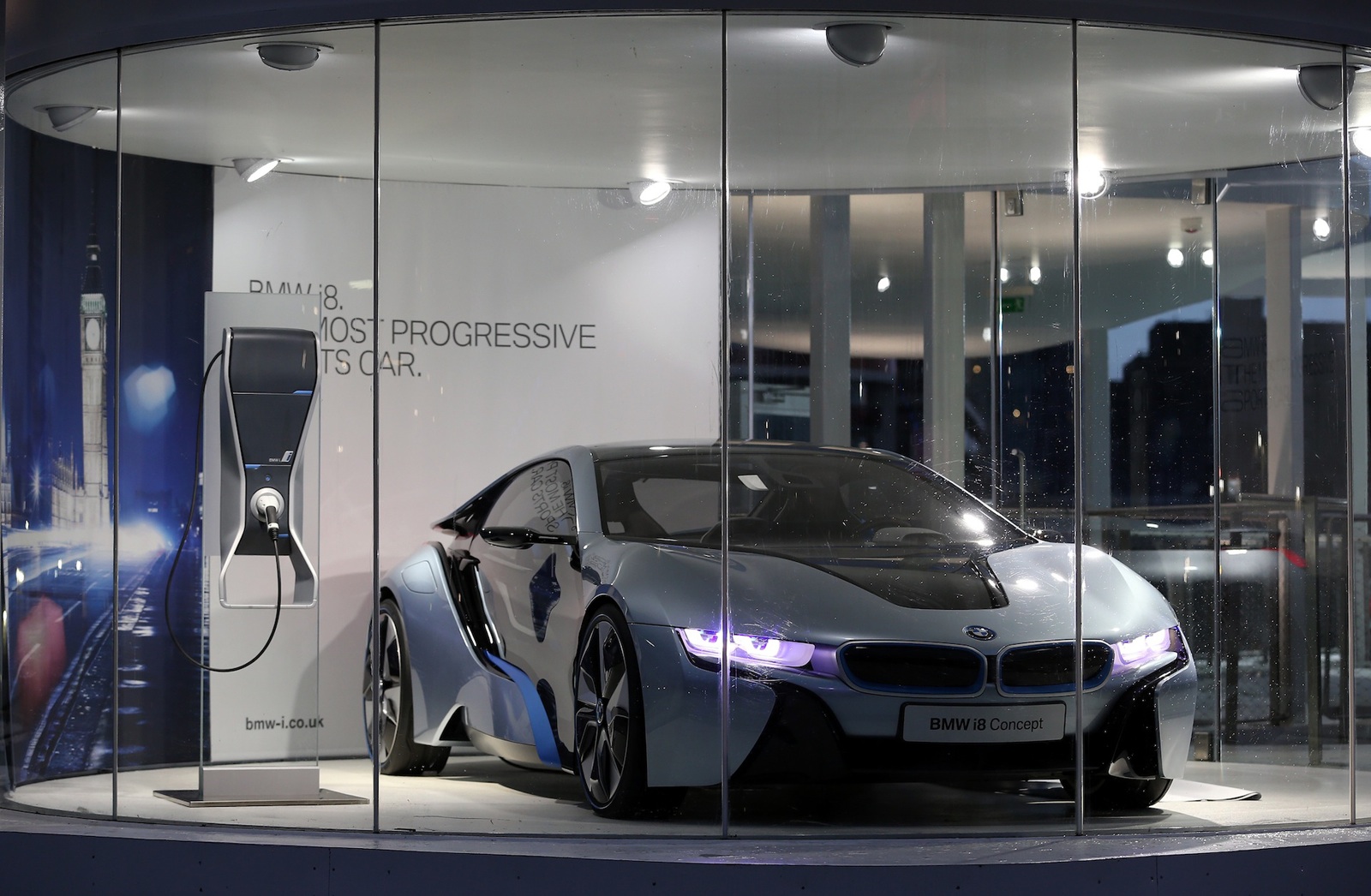 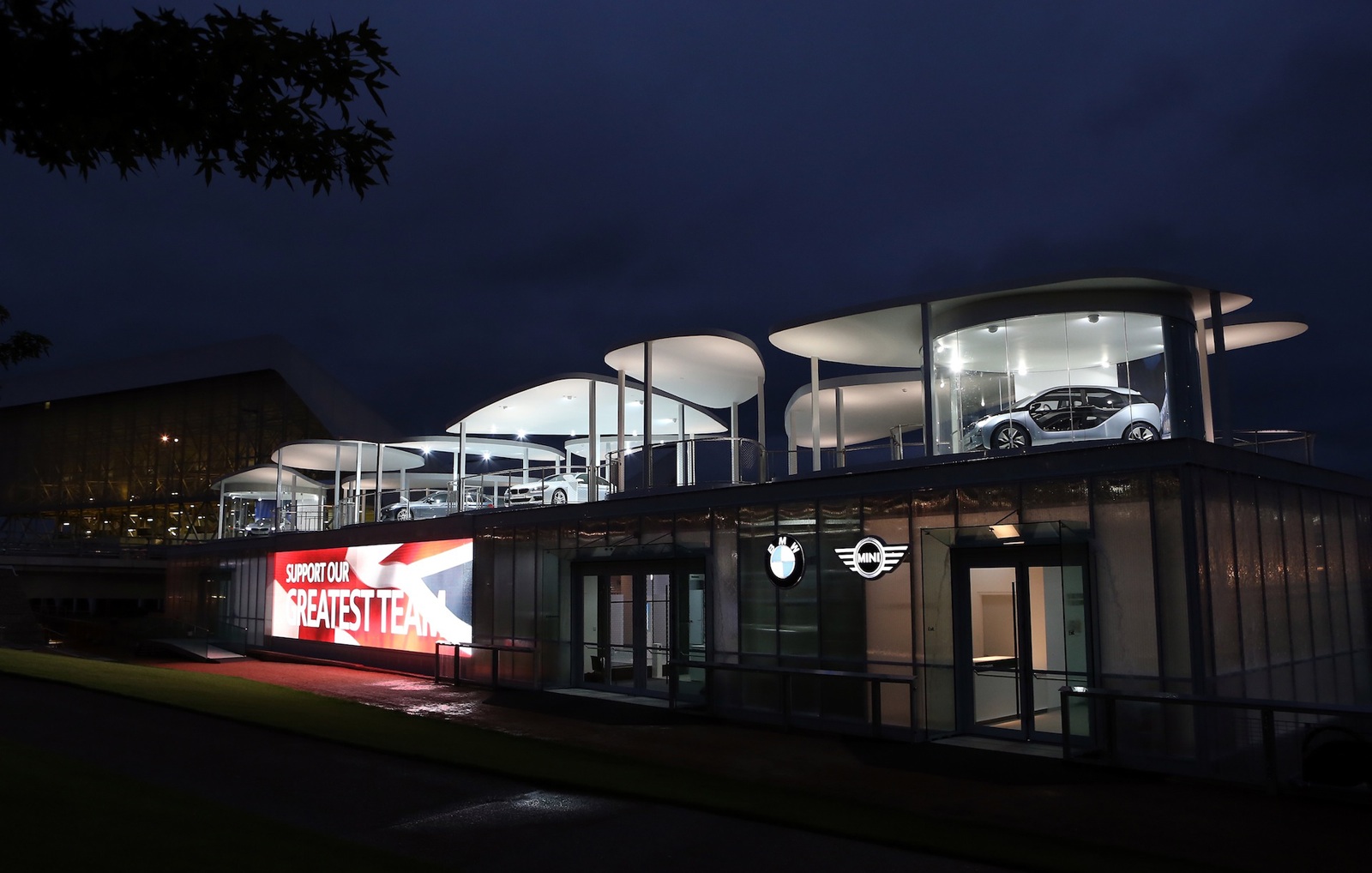 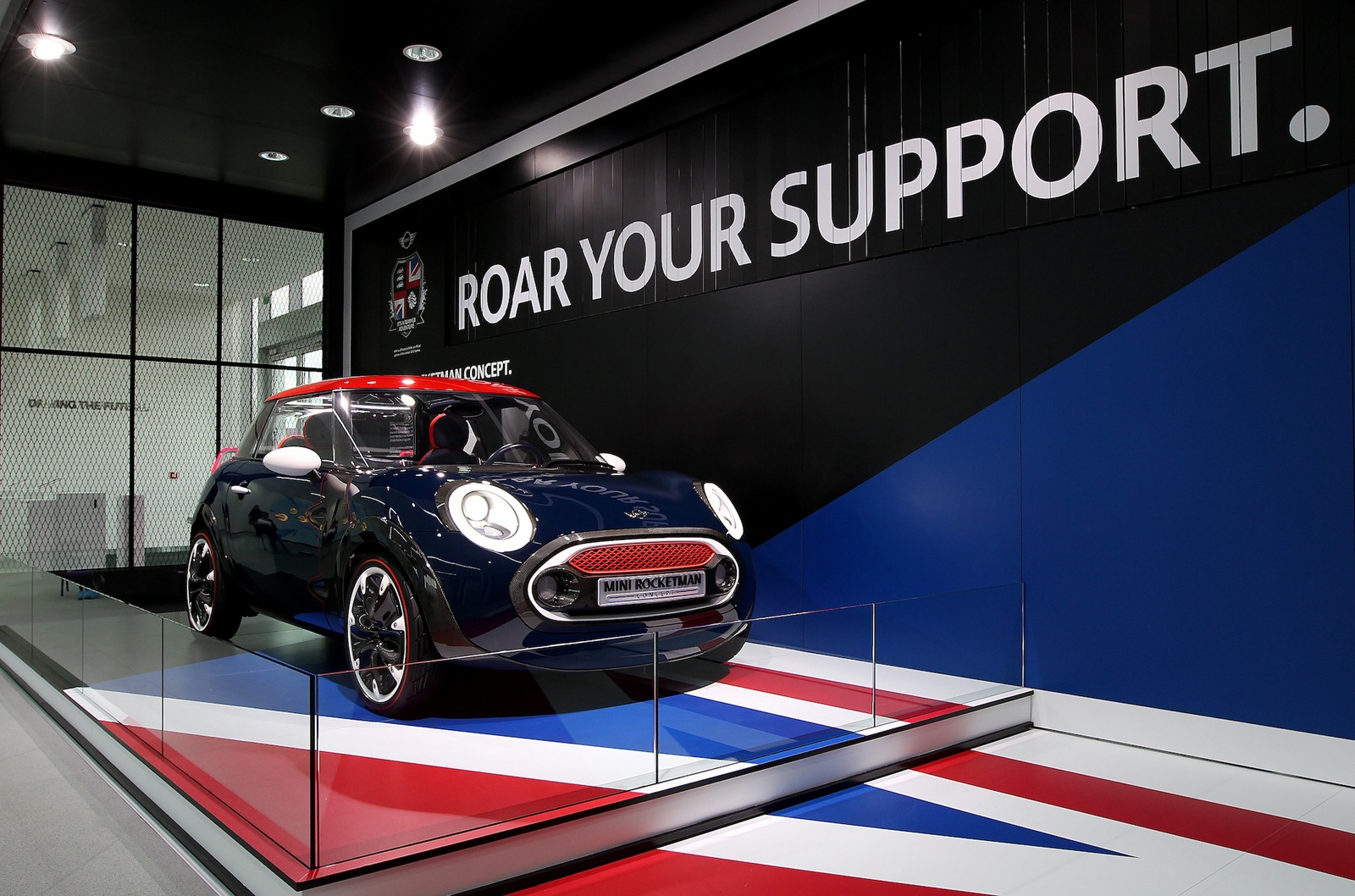 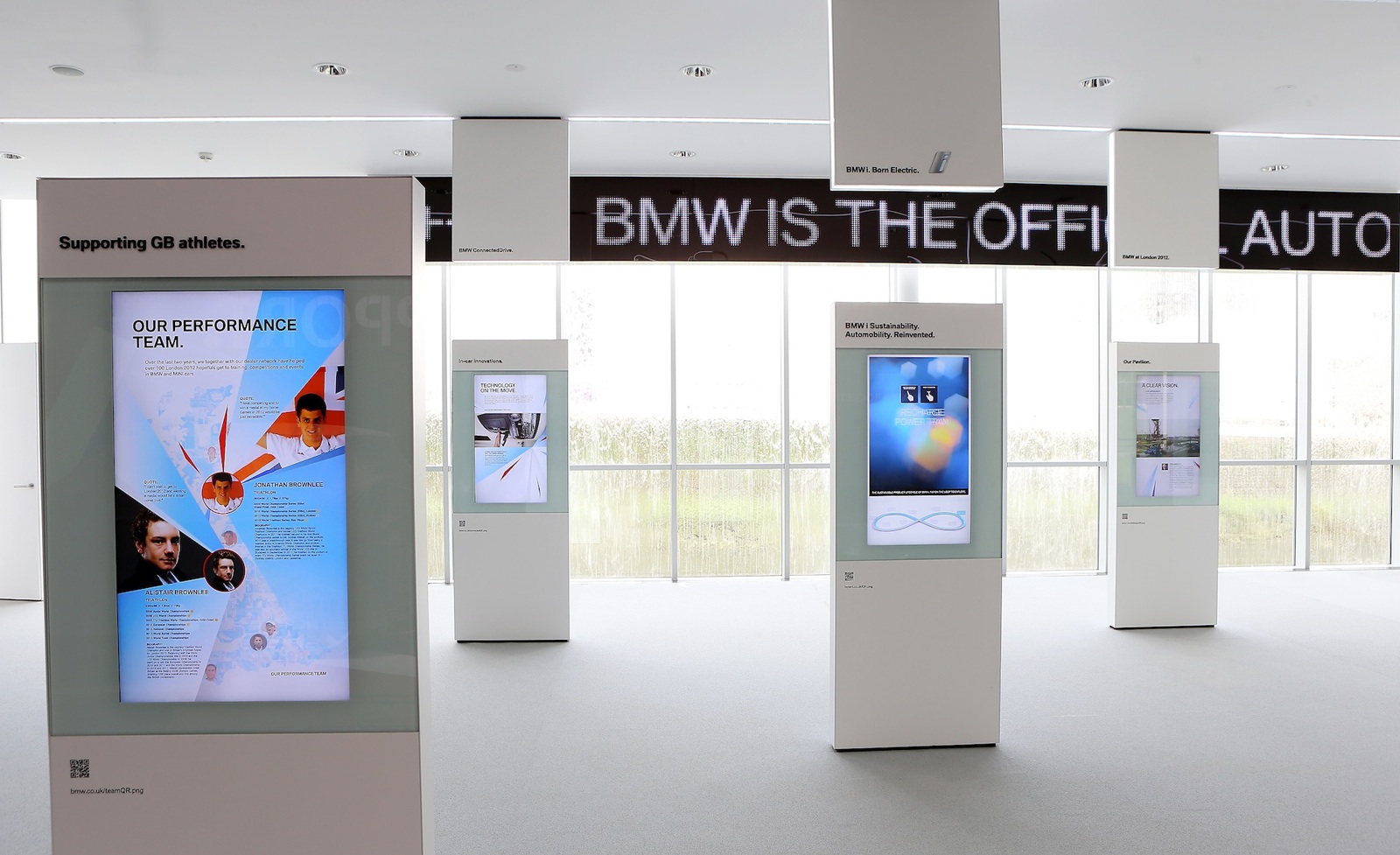 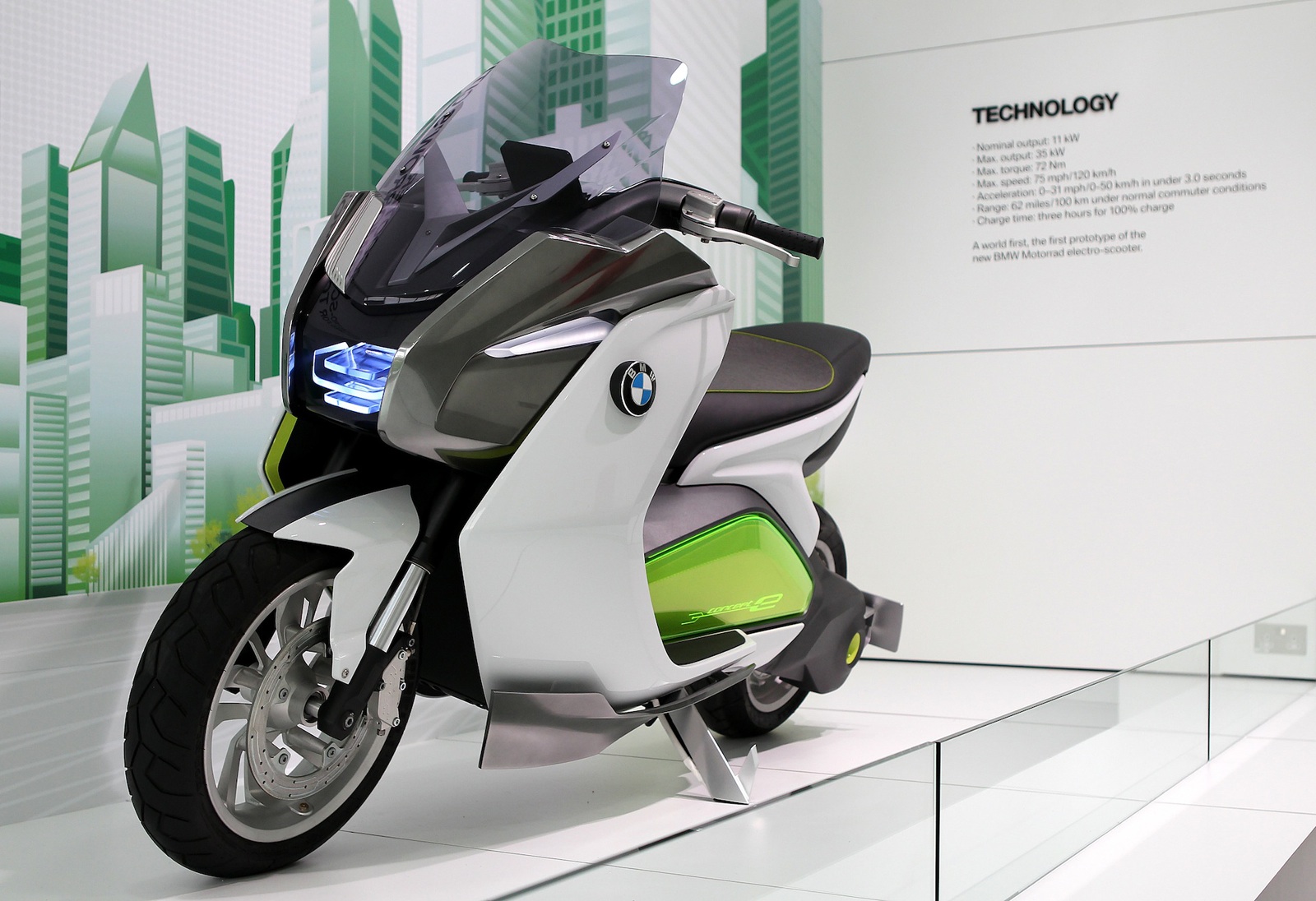 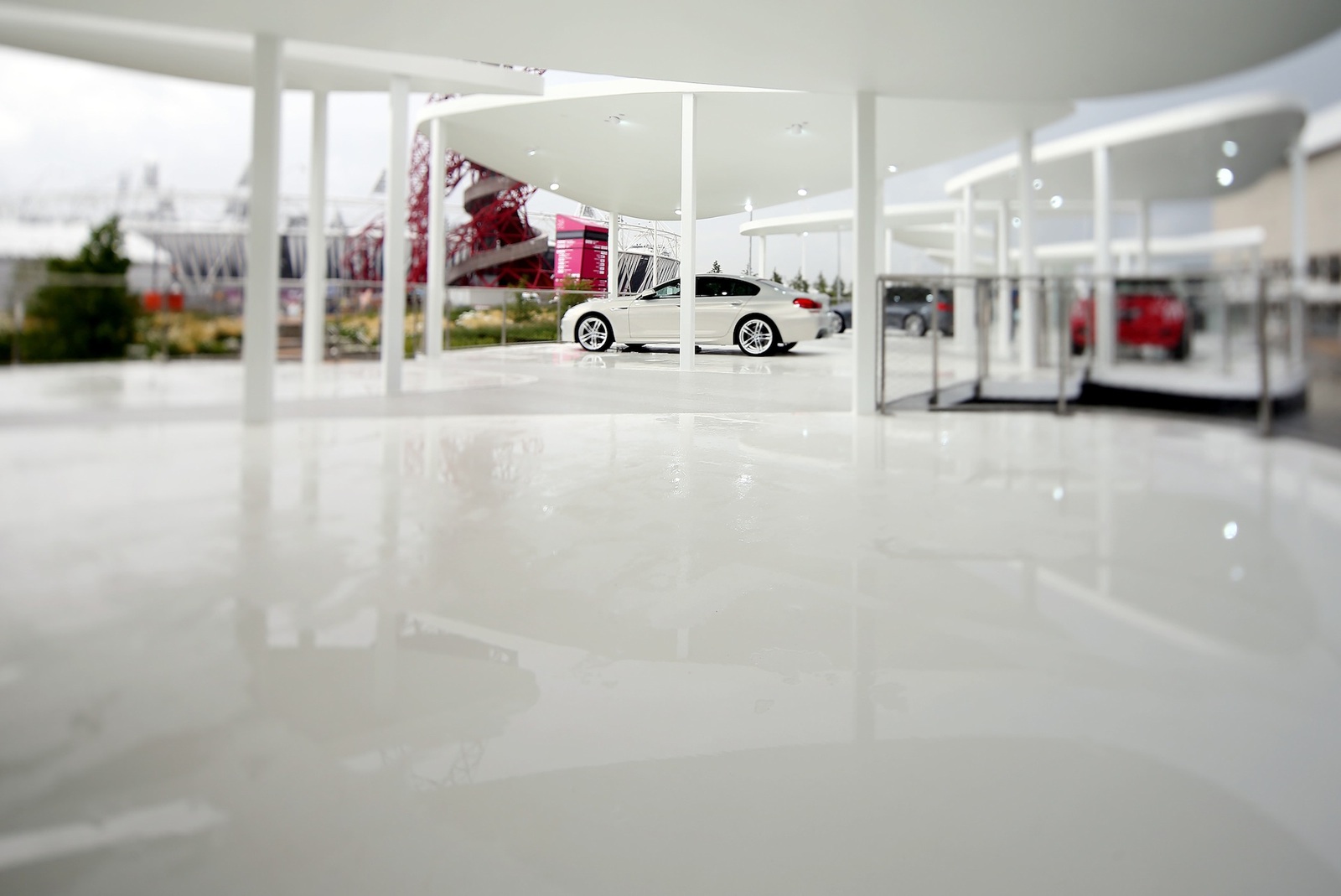 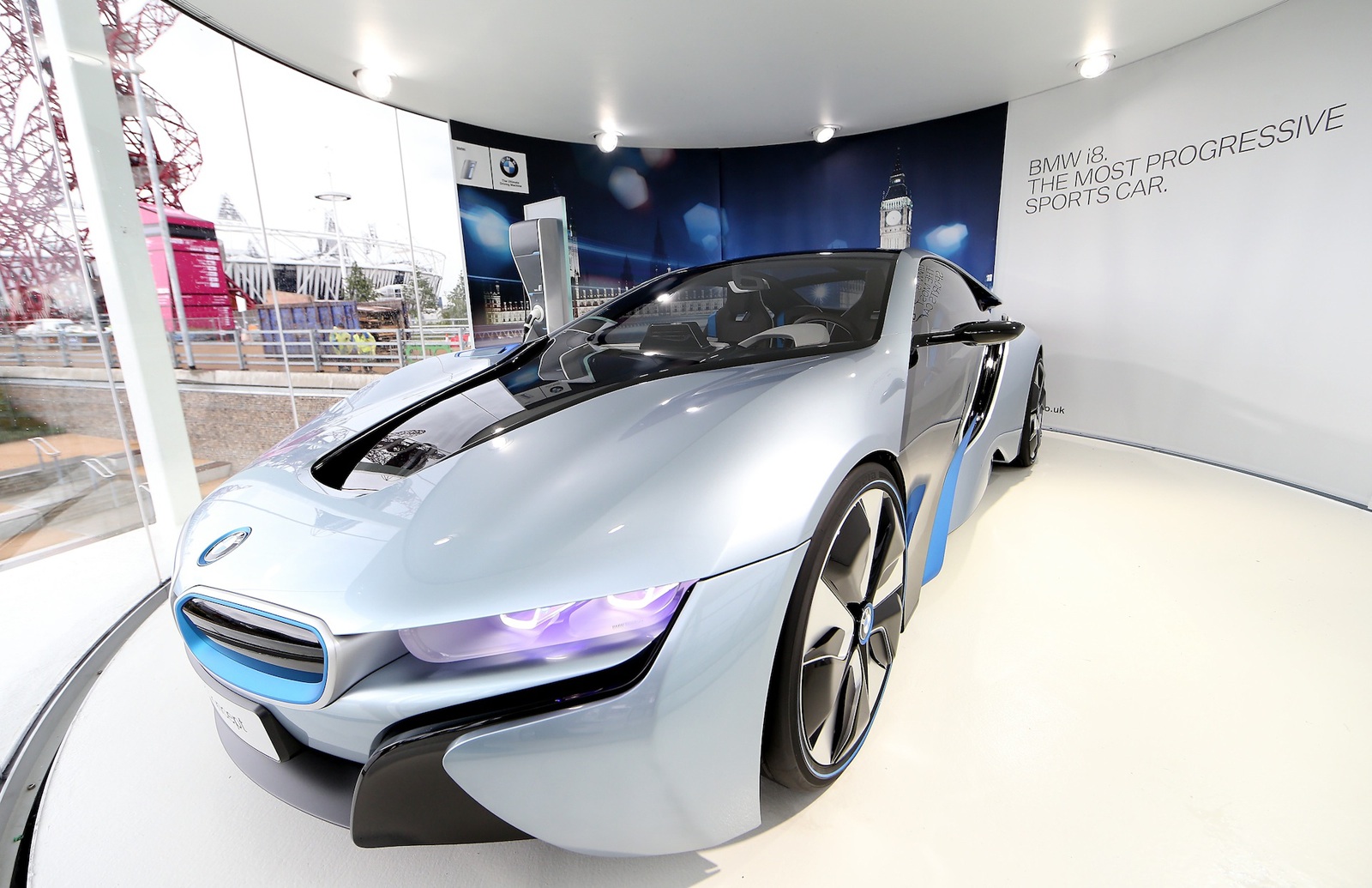 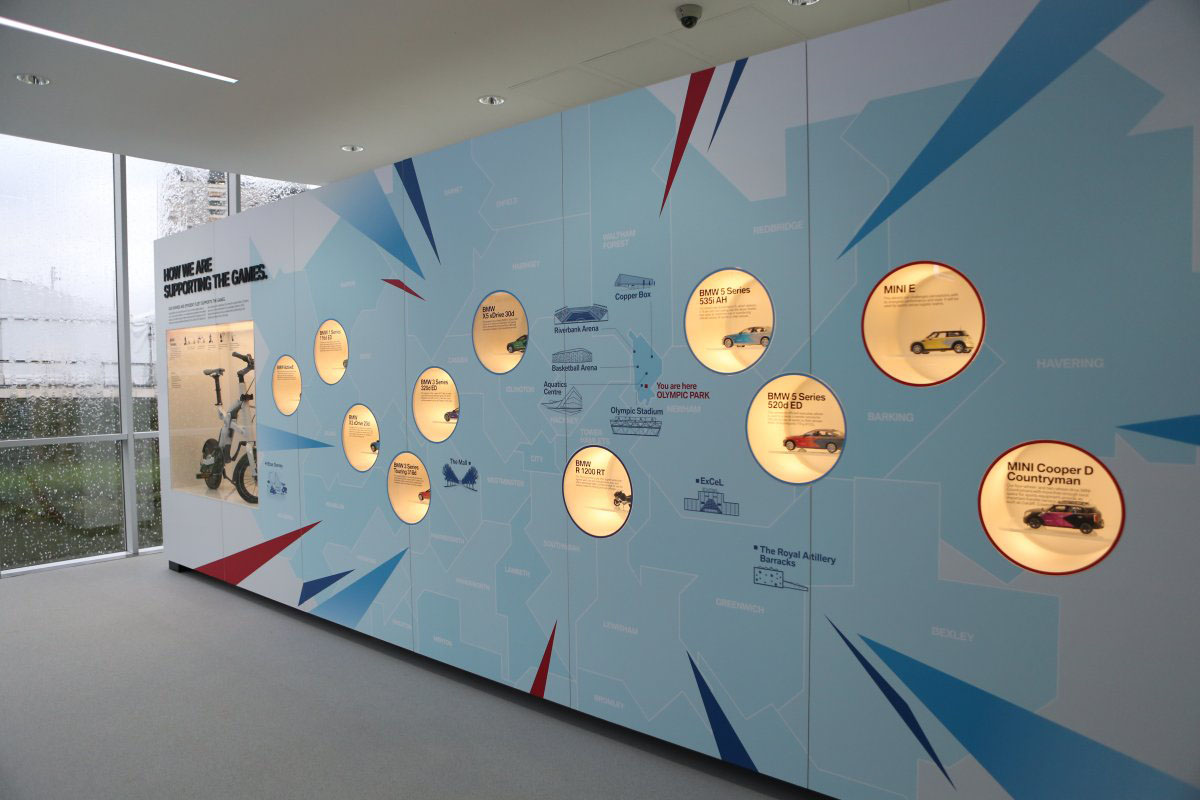 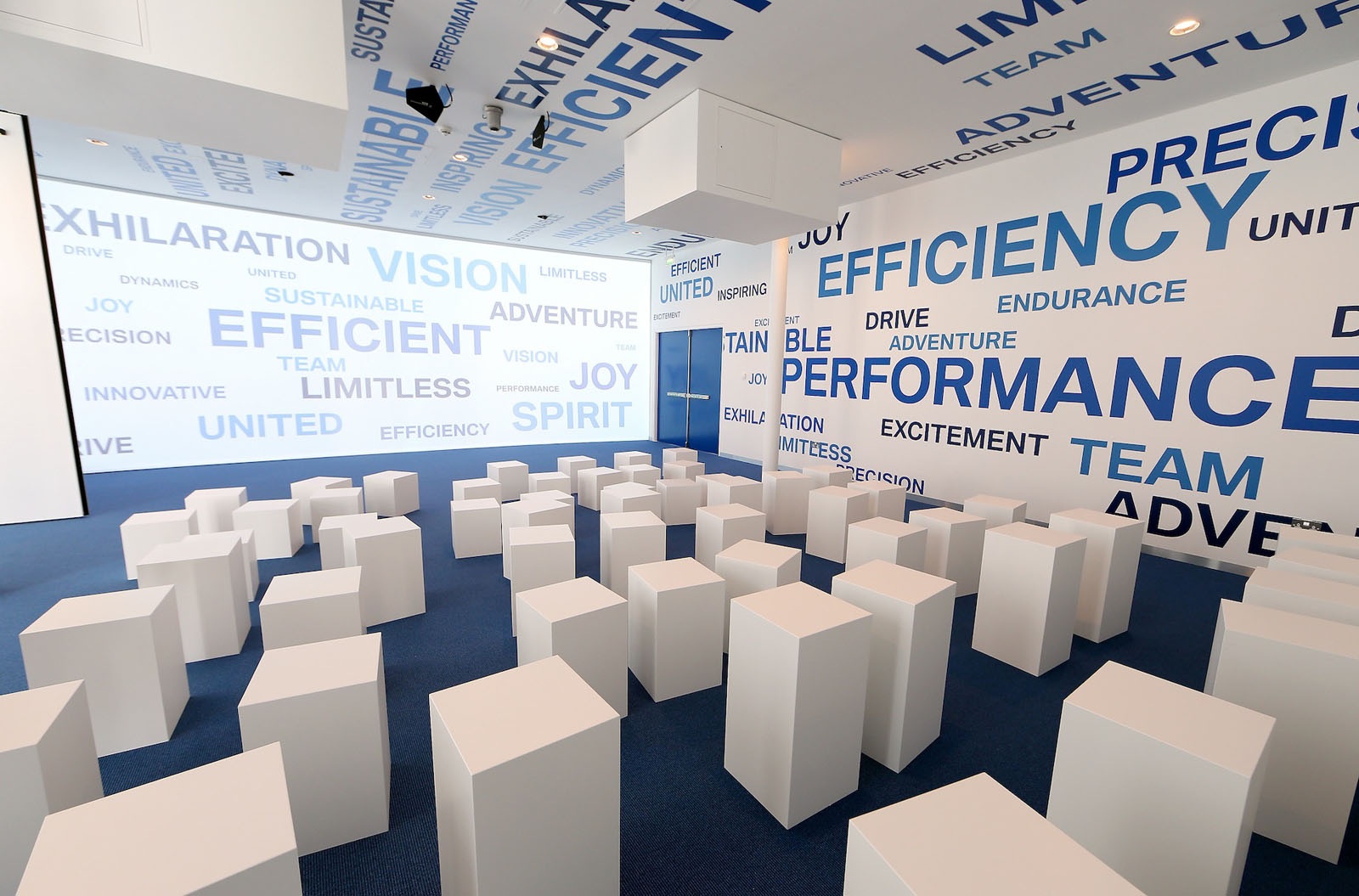